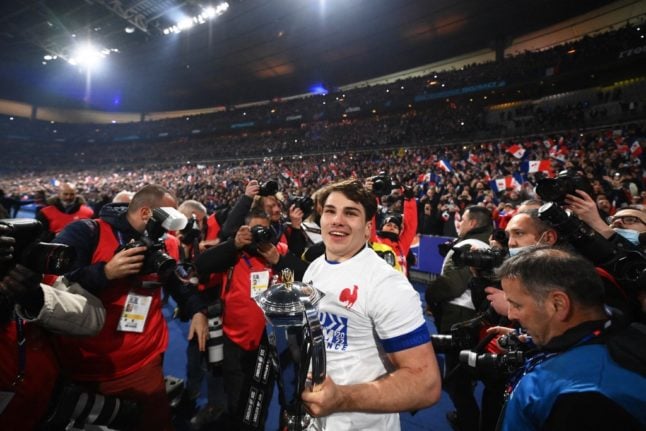 With polls showing a tight race between incumbent Emmanuel Macron and his far-right rival, French stars from a range of sporting disciplines have joined forces and urged voters to elect Macron.

The letter, published in French daily Le Parisien, reminded voters that France’s next head of state will open the 2024 Olympic Games in Paris.

“We cannot imagine that this historic moment could be scarred by the presence of the extreme right,” they wrote.

“Although we are well aware of the difficulties facing many people in France, voting for a party that would endanger republican values would be the worst of solutions.

“The sport we believe in, the one of the Olympic values, is made of friendship and respect; it is the place of diversity. It refuses all discrimination. Everywhere in the country, in our cities, our suburbs and our countryside, sport is a powerful remedy to exclusion.

“In these uncertain times, it is a vector of togetherness. This is the case when a whole nation remembers that it is ONE by cheering in unison behind the exploits of its athletes.

“It is because we believe in this sport, fraternal and inclusive, that we are committed to preventing our nation from placing at its head a president who embodies the very opposite; the stigmatisation of the other, withdrawal, nationalism. And that we therefore call for a vote for Emmanuel Macron on April 24th.”

Paralympic wheelchair tennis champion Michaël Jeremiasz told France Info that the letter had come about after “discussions with several sportspeople based on a common conviction of the urgency of the situation”.

“Our cultural and ethnic origins should not be a determinant of anything.

“That’s not the France I want to live in, the values I have, or that I want to pass on to my child. The idea is to unite men and women around universal values of togetherness and tolerance, for a fairer and less discriminatory society.”

Five years ago, some 60 athletes signed an open letter calling on voters to reject Le Pen in the second round of the 2017 election.

The Paris Saint-Germain star’s decisive spot-kick against Switzerland was saved in the last-16 shootout, resulting in the world champions exiting the tournament.

The 23-year-old was vilified on social media by furious fans, and even considered quitting the national team as a result.

In an interview with a Sunday newspaper, FFF president Noel Le Graet spoke of the lack of support Mbappe had felt after the Euro elimination, but failed to mention the racist absue he had received, to the annoyance of the France striker.

Le Graet said “he (Mbappe) considered that the federation had not defended him after his missed penalty and the criticism on social media networks”.

“We saw each other for five minutes in my office,” continued Le Graet, adding the striker “no longer wanted to play in the French team – which he obviously did not think”.

On Sunday, Mbappe responded on Twitter, regretting that Le Graet had not taken into account the “racism” of which had been a victim.

“Yes finally I explained to him (Le Graet) above all that it was in relation to racism, and NOT to the penalty,” Mbappe said.

“But he considered that there had been no racism.”

Le Graet later told French radio there was “no problem” between himself and Mbappe.

“I agree with him. I understood everything and there is no problem with Kylian. I have always had a deep attachment to him.”

Le Graet had spoken last year about how the striker had “taken a knock” after the penalty miss.

“He came to the federation. He had taken a bit of a knock. The elimination had affected him, especially the articles and the comments,” Le Graet told AFP.

“My role was to show him affection, to tell him that the federation was counting on him to bounce back. It’s not a defeat that can change a career.”

As for the racist insults, “maybe it affected him”, continued Le Graet, “but it was settled very, very quickly. The proof: he is competitive at a very, very high level.”

Le Graet had already come under fire last September after declaring that racism in football “does not exist or hardly exists”.

A few months before the Paris prosecutor’s office announced it was investigating racist messages towards certain French international players after the Euros.

On Saturday, FIFA published a report pointing to the increase in the number of insults against footballers on social media.

According to this study, 38 percent of them were racist in nature.

FIFA said with the World Cup in Qatar just five months away, they will work with players union FIFPRO to implement a plan on how to protect players from abuse on social media.

This will involve scanning recognised hate speech terms published to identified social media accounts, and once detected, prevent that comment from being seen by the recipient and their followers.

The exchange between Le Graet and Mbappe follows a period of disagreement over the image rights of players in the France team.

Mbappe and his advisors would like to review and modernise the convention that governs these rights.

Saturday, at the end of the FFF General Assembly, Le Graet insisted there would be “no change. Until the World Cup at least”. 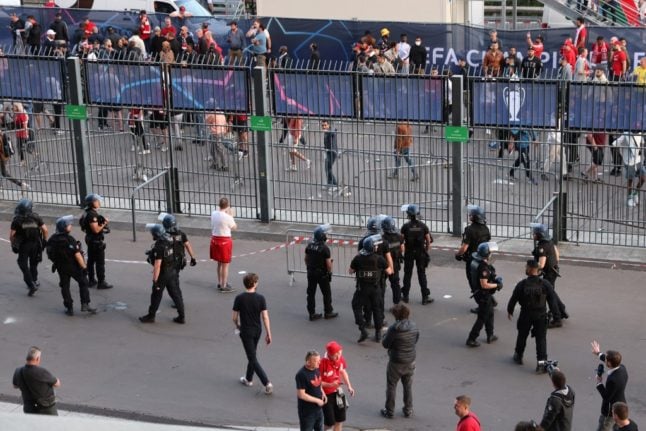