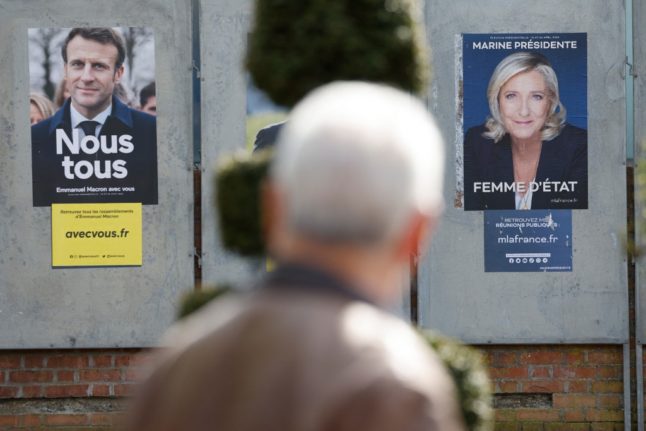 France’s political landscape is now fragmented into three blocs – the centre, far-right and radical left – after the abysmal performance of traditional parties in the presidential election.

Power alternated for decades until the 2010s between the two main parties – the centre left Parti Socialiste (PS) and the centre right Les Républicains (LR) – before Emmanuel Macron took power in 2017 with a centrist platform.

His meteoric emergence – and pillaging of key centre-right and centre-left figures for his own movement – pushed the political centre of gravity on the left and right to the extremes.

Now, the traditional parties struggle to get even five percent of the vote, a situation that creates not just political but also financial problems for them under the French system.

“The first round of this presidential election confirms the three-way split of the electorate and the creation of three blocs with pretty much equal weight,” said political scientist Gael Brustier.

It’s the “cornerstone of the new world of French politics”, he wrote in a Slate column.

Marine Le Pen, who will go head-to-head with Macron on April 24th in the second round of the election, and her Rassemblement National (RN) party embody the far-right bloc.

Macron represents the centre while Jean-Luc Mélenchon and his La France Insoumise (LFI) party are the focus of the far left, taking a strong third place in Sunday’s polls.

“The French political landscape has redefined itself around three political forces: a bloc which unites the centre-left and centre-right, embodied by Macron, the radical left, and far-right,” Bernard Poignant, a former Socialist mayor who now supports Macron, told the Ouest France newspaper.

PS candidate Anne Hidalgo and LR hopeful Valérie Pécresse were crushed on Sunday, winning only 1.75 percent and 4.78 percent of the vote respectively.

They now find themselves in dire financial straits since they finished below the five percent threshold for having campaign spending largely reimbursed by the state.

Financial woes are familiar to PS – the party was forced to sell its historical headquarters in late 2017 to try to salvage its finances.

And Pécresse has launched a humiliating appeal for donations to try to save the party as it faces a €7 million hole in its finances.

“The breakdown and reshaping of French political life began in 2017 with the advent of Macronism and the collapse of PS,” political scientist Jerome Fourquet told France Inter radio.

“And we watched season two yesterday (Sunday)… the confirmation of the obliteration of the Socialists, the second historical pillar in the French political landscape, and Les Républicains have been devastated as well.”

The last Socialist president was François Hollande, who didn’t run for a second term because his popularity was so low.

However, unity within the extreme blocs is more fragile because of their diverse social make-up, rendering them more difficult to structure.

“I reject the idea of three blocs, left, centre and right,” said pollster and political scientist Jerome Sainte-Marie at PollingVox. He sees a clash between an “elitist bloc” including the wealthy behind Macron, and a double “popular bloc”.

Sainte-Marie pointed to “an alignment of managers and the retired” supporting Macron in the elitist bloc that unites individuals from a higher social class.

Mélenchon benefitted from the support of other leftist formations, like the ecologists.

In addition to his base, he has “new reinforcements” with quite significant increases in… voters of immigrant origin”, political scientist Fourquet said, adding that Mélenchon had captured “even more of the culturally left-wing, teachers, students”.