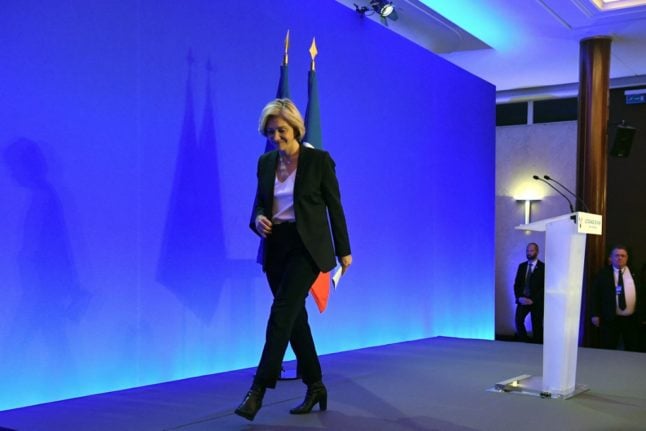 Valérie Pécresse has launched a public appeal to cover the cost of her French Presidential campaign, after she failed to win enough votes to qualify for full State funding for Les Républicains – the party of former French presidents Nicolas Sarkozy and Jacques Chirac.

Under French election rules, any candidate who wins five percent of the vote is entitled to be reimbursed up to 47.5 percent of their campaign costs – amounting to a maximum of €8 million – once campaign accounts are validated by the Conseil Constitutionnel.

For those candidates who poll under five percent of the total vote, the reimbursement is limited to 4.75 percent of the €16.85 m ceiling for authorised expenses for first-round candidates – or a little over €800,000.

The overall ceiling for candidates who reach the second round rises to €22.51 million.

Le Républicains candidate Pécresse’s disastrous campaign ended after the first round with her polling just 4.8 percent of the total votes – which will trigger the lower 4.75 percent reimbursement, prompting her to issue a plea to the French people for “emergency help to complete the financing of her presidential campaign”.

She said that her personal debt following the campaign is “up to €5 million”.

“This morning I am launching a national appeal for donations, to all those who have given me their vote, but also to all French people who are attached to political pluralism and freedom of expression,” she said.

“The financial situation of my campaign is now critical.”

According to Capital, Pécresse’s rally at the Zenith in February would have cost the party nearly €500,000 – more than half the sum the campaign will get back from the State.

“I need your emergency help, by May 15th, to complete the financing of this presidential campaign,” Pécresse said, adding that the survival of Les Républicains depended on these donations.

Les Reoublicains was for many years one of the two ‘mainstream’ parties and numbers former presidents including Sarkozy, Chirac and De Gaulle.

The party saw its vote collapse in 2017 after its candidate, François Fillon, was exposed in a ‘fake jobs’ scandal and Emmanuel Macron swept to power.

Five years on, although the party remains a power at a local level, it has not recovered on a national level and Pécresse came fifth in the first round of voting, after Macron, Le Pen, hard-left Jean-Luc Mélenchon and extreme-right Eric Zemmour.

Parti Socialiste, the other traditional party of government in France, fared even worse, with its candidate Anne Hidalgo scoring less than two percent.

A simple Twitter message: “Tonight we need you” called for donations to help repay a campaign loan that amounts to €8.5 million, according to BFMTV.

“If everyone who voted for Yannick Jadot gives 3€, we will have reimbursed the campaign and will be able to continue the fight for ecology,” the party’s national secretary Julien Bayou said.