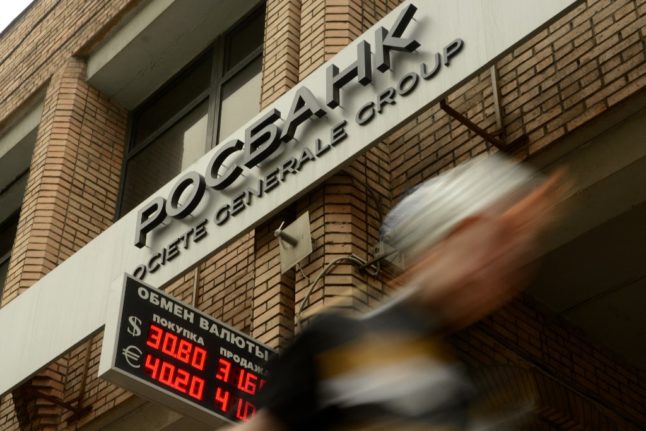 Société Générale said in a statement that its withdrawal from Russia would cost it €3.1 billion.

“Société Générale ceases its banking and insurance activities in Russia,” the firm said in a statement.

It also announced “the signing of a sale and purchase agreement to sell its entire stake in Rosbank and the Group’s Russian insurance subsidiaries” to Russian investment firm Interros Capital.

“With this agreement, concluded after several weeks of intensive work, the Group would exit in an effective and orderly manner from Russia, ensuring continuity for its employees and clients,” Société Générale said.

The bank said it expects the deal to be completed in the coming weeks and that it was subject to approval from regulators.

Hundreds of foreign companies, ranging from financial firms to retailers and fast-food restaurants, have pulled out of Russia since the February 24th invasion.

But French firms, which are the biggest foreign employers in Russia, have been among the slowest to withdraw, prompting Ukrainian President Volodymyr Zelensky to urge them to leave during an address to the French parliament on March 23rd.