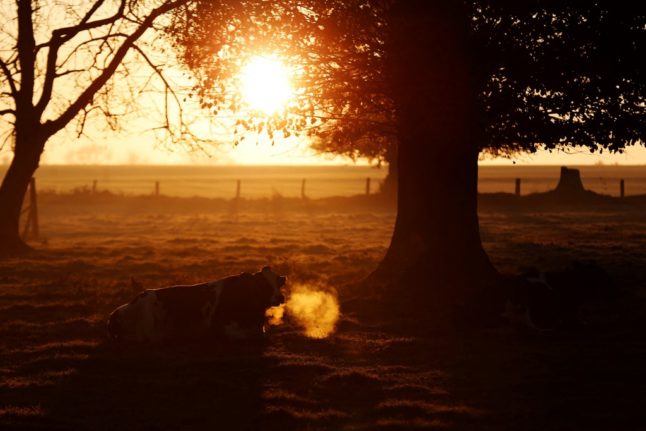 Because of its geographical location France enjoys a temperate climate – not too hot, not too cold, not too wet, not too dry. But even that is separated into four distinct climatic zones.

Over in the west, the Atlantic ocean brings regular rain all year round, but there’s still plenty of sun and the oceanic climate also guards against large temperature variations. Central and Eastern areas are cold in the winter and hot in the summer.

The Mediterranean climate in the south brings hot, dry summers, and year-round sun, with rain – mostly – falling between October and April. And the mountain climate at higher altitudes in the Alps and Pyrenees means regular rainfall, and snow for three to six months of the year.

That’s the science. What it means is this: if you want year-round sun, head to the Mediterranean, where – if you get your timing right, at certain times of the year you can go skiing in the morning and swim in the sea in the afternoon. Seriously.

But the Mediterranean coast is a long one, so can we narrow it down further to find the sunniest spot?

According to a study published in March, based on Météo-France data from 1991 to 2010, Marseille is the sunniest city in France, with an average of 2,858 hours of sunshine per year, an average of nearly eight hours a day.

The country’s second city averages 170 full ‘sunny’ days a year, with a further 60 having sunny spells.

Less than 20 hours behind Marseille on the sunshine count is a town less than 70km away, Toulon (2,839 hours); then Ajaccio on the island of Corsica (2,756 hours); followed by Nice (2,724 hours) – where the skiing-swimming trick is very possible.

It doesn’t necessarily follow, however, that because the south is sunnier, the north is wetter. Perhaps a little surprisingly, Aquitaine in the southwest – a hugely popular area with immigrants, particularly Britons – has the most rainfall: an average of 1,020mm per year.

Northwestern France gets 824mm of rain a year, considerably more than most other parts of the country, compared to 750mm in the north east, 638mm in central France and 731mm in the south east.