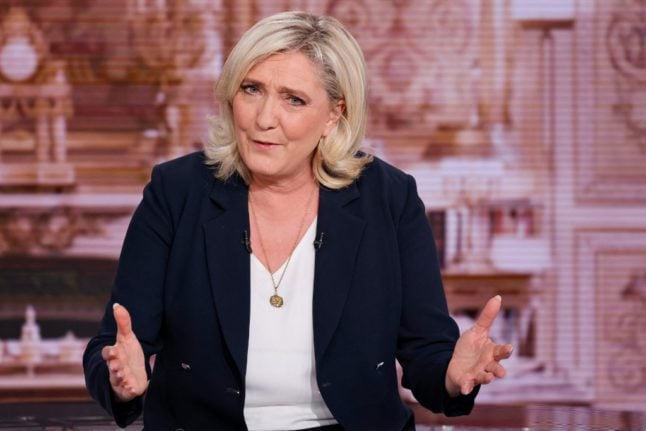 The presidential election campaign fell asleep for many weeks. In the final days before this Sunday’s first round, it has not so much woken up as started to sleep-walk towards a calamity.

A Marine Le Pen victory in Round Two on April 24th is far from certain. I still believe that it is unlikely. It can no longer be discounted.

Arguably that would be a bigger disaster for France than Brexit has been for Britain or Donald Trump was for the United States.

Le Pen – let us recall – wants to make Vladimir Putin an ally, discriminate against foreigners, ban Muslim women from wearing headscarves in public, disobey EU rules and suspend some French EU payments. Her economic programme is incoherent and self-contradictory. No one in her near-bankrupt party could run a whelk stall, let alone a ministry.

The electoral arithmetic is strange. There is certainly a majority in the country which would like dump to President Emmanuel Macron.

I doubt that there is a majority which actually wants Marine Le Pen – pro-Putin, anti-European, politically sly but fundamentally lazy and incompetent – to become President of the Republic at a time when France and Europe face a deepening and lengthy military and economic crisis over Ukraine.

France is, in a sense, hoist on the fragility and dangers of its binary electoral system and its pathological tendency to hate whichever national politician that it last elected. No President has been re-elected for 20 years; no government has been rolled over by voters since 1978.

A permanent “alternation” between soft Right and soft Left seemed harmless until the country became fed up with the serial failures of both. The old governing “families” of Left and Right currently command 10 percent of the national vote between them – 2 percent for the centre left Parti Socialiste and 8 percent for the centre-right Les Républicains.

Their demise has left a choice between an ill-understood and badly sold but partially successful attempt to reform the status quo and an ill-thought-out destruction of France’s tolerant, pro-European post-war consensus.

France will probably vote in Round Two on April 24th for either a) an incompetent extremist posing as the sympathetic, pragmatic mother-of-the-nation or b) a young President who is – wrongly in my view – widely detested as a puppet of International Big Business and the hated “rich”.

Macron made many mistakes in the last  five years but he has brought unemployment down to its lowest level in nearly two decades (7.4 percent). The response of French voters? Gratitude? Recognition?  Unemployment, once voters’ number one or number two concern, has slipped to 14th.

There is just a possibility that the hard-left candidate Jean-Luc Mélenchon, will pip Le Pen for a place in the run-off. If so, all polls suggest that Macron would beat him easily.

Not so if he faces Le Pen. Not any more.

One poll now gives Macron only a 2 point lead in Round Two. The average of all polls gives him an eight point lead – 54 percent to 46 percent. A month ago his lead over Le Pen was 12 points.

In Sunday’s first round, Macron’s average lead is now 5 points – 27 percent for him, 22 percent for Le Pen and 16 percent for Mélenchon. All the nine others are in single figures. A month ago Macron was at 30 percent and Le Pen on 16 percent.

What on earth happened?

In some ways the figures are misleading. The rival Putin-idolising far-right candidate Eric Zemmour has melted down since Russia invaded Ukraine. From 16 percent in January, Zemmour  is now down to 8-9 percent. His votes have gone back to Le Pen. Overall, the Far Right vote remains unchanged at 32-34 percent.

Macron has fallen from his post-invasion, rally-to-the-flag peak of 31percent. But he remains ahead of his long-term pre Ukraine average of 23-24 percent.

Le Pen’s “surge” is therefore partially an illusion but momentum is the greatest asset in electoral politics. Momentum creates momentum.

The number of people saying that they will definitely vote on Sunday has crept up from 67 percent to 71 percent in some polls. The extra voters may well be weighted towards the younger, poorer, less educated social categories which turn out reluctantly but vote heavily for Le Pen if they do.

A couple of weeks ago, when Macron was far ahead, they saw no reason to vote. Now they do.

It also has to be said that Le Pen has fought a skilful campaign and Macron has lacked energy and focus since he belatedly tore himself away from the Ukraine crisis and formally entered the race.

Le Pen chose high prices and low wages as her battleground long before the Ukraine crisis sent fuel and some food prices soaring. Unlike Zemmour, she has suffered only briefly (so far) from the Russian savagery in Ukraine and her long-standing Putin-idolatry.

She had originally wanted to make her friendship with dear Vladimir a selling point. There was a Putin photo feature in a Le Pen campaign leaflet which has had to be shredded by the thousand.

The Macron campaign is only just starting to remind voters of the Le Pen-Putin axis and that, even now, she disapproves of strong sanctions on Russia and arms shipments to Ukraine.

Macron, until the last couple of days, has misjudged his campaign, either from over-confidence and exhaustion or a combination of both. He is finally showing some appetite for the fight.

That is one reason to believe that the two-week-long, second round campaign will have a different mood and a different dynamic. Le Pen’s Putin baggage will resurface. The incoherence of her economic programme will become clearer.

Despite talk of the demise of the “Republican Front” to  freeze out the Far Right, leaders of both Left and Right (with some exceptions) will pile in behind Macron and against Le Pen in the second round.

In the first round French voters indulge themselves. In the second round they choose the person who seems best equipped to be head of state (who can then be hated for the next five years).

Much depends on the first-round scores. If Le Pen is close behind Macron or snatches first place, her momentum will be maintained. If he is 3 or 4 points ahead, her momentum may be checked.

Prediction: I think Macron will be re-elected but it will be depressingly close.

To hear more election analysis from John, check out the Talking France podcast.