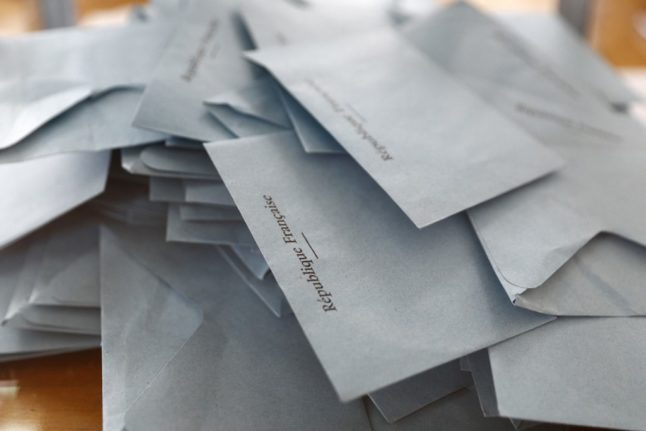 It’s a key part of the election for politics junkies in the UK and USA – staying up all night watching the results come in. But while France also has an overnight count, the overall result is pretty much known at 8pm on polling day.

Polls in France close at 7pm in most places and 8pm in the larger cities, and then at 8pm a provisional result is released. This comes with caveats that most of the votes are yet to be counted, but while the final percentages usually vary slightly the overall result is almost always correct.

So how does France manage this?

Well firstly the presidential elections are a straightforward affair – unlike in the UK or US voters are not picking their local MP or deciding on the composition of parliament. Parliamentary elections are separate, in 2022 they will be held in June.

The presidential election is a direct vote for the president, and the winning candidate just needs a simple majority of votes, rather than having to win certain districts or constituencies.

Voting takes place over two rounds, on April 10th and April 24th, and after the first round the key result is which two candidates have scored the highest number of votes and will therefore be going through to the second round.

In the second round it’s a simple question of who has the highest number of votes.

The provisional result comes from counting initial votes at a number of selected polling stations around the country.

Polling stations are carefully selected to ensure they provide a representative sample – rural and urban, north and south, elderly and young demographics etc.

Once polls close at 7pm (or 8pm in some of the bigger cities), the votes start to be counted.

At the selected polling stations, once the first 100, 200 or 400 votes (depending on the size of the commune) are counted, they are phoned through to the polling organisations.

These results are then combined to produce the percentage score of each candidate.

Counting continues throughout the night and then on Monday morning once all votes are counted the Interior Ministry publishes the final, definite result.

This method is used for all election types in France – presidential, parliamentary, local and European – and it has (so far) never been wrong about who has won.

Each candidate gets a provisional percentage of the vote and this is usually revised by a few percent in the final results, so that what can initially seem like a very narrow victory is actually quite comfortable, or vice versa.

If the result is very close, the pollsters have several options – if two candidates are neck-and-neck they can release the names of the two candidates with the highest number of votes, but not their vote percentage.

If three candidates are neck-and-neck – and are therefore potential candidates for the second round – they can simply not release an early result and wait for the official count.