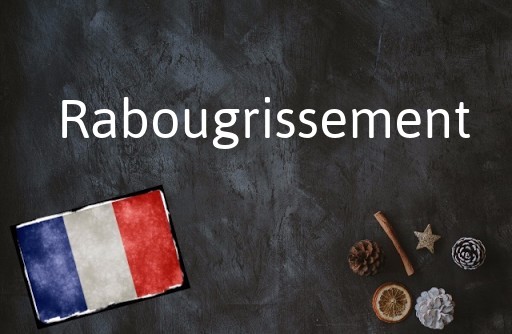 Why do I need to know rabougrissement?

If you’re a keen gardener this will undoubtedly come in handy, and it’s also become necessary for those who follow French politics.

Rabougrissement is most usually translated as ‘stunting’ or ‘shrivelling’ but it’s unusual to see the word as an adverb, it’s more usually used as a verb – rabougrir – or an adjective – rabougri/rabougrie.

It means stunted, shrivelled or generally to have growth or development slowed or halted.

It’s also possible to use it more figuratively to describe growth or development that has been stopped or slowed by an external force, and it’s in this sense that Macron meant it when he warned of le grand rabougrissement de la France – the great stunting of France.

He was talking about the danger from the far-right and their desire to look back into the past and to isolate France from the wider world, warning that this would stunt France’s growth and future prosperity.

We should point out that this usage is not particularly common and raised a few eyebrows in France, while Politico’s correspondent Maïa de La Baume  tweeted ‘good luck to the foreign correspondent who have to try and translate that’ upon hearing the phrase.

But while it’s probably not a phrase that you will wheel out often in your local café, it’s handy to know what Macron is talking about.