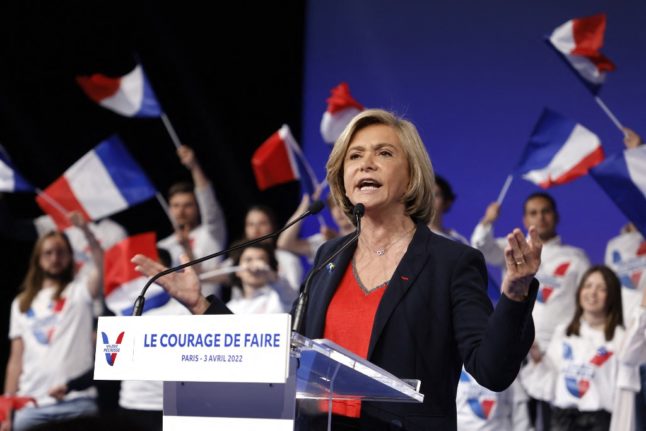 The 67-year-old former head of state has declined to endorse the Republicans struggling candidate Valerie Pecresse, who served as his budget minister.

“I absolutely didn’t expect that reaction at all,” Pecresse advisor Yann Wehrling said from the stage at a rally in Paris on Sunday after whistles and boos rang out at the mention of Sarkozy’s name.

Sarkozy’s refusal to back Pecresse as well as his closeness with President Emmanuel Macron have caused frustration among many Republicans rank-and-file members.

He has always been a popular figure among right-wing French voters, but his standing nationwide has fallen in recent years following two convictions for corruption and illegal campaign financing.

Pecresse is running in fourth or fifth position ahead of next weekend’s vote, polls suggest, with the 2022 election appearing on track to be a re-run of the 2017 contest that pitched Macron against far-right veteran Marine Le
Pen.

Surveys suggest that Macron’s lead over Le Pen is narrowing sharply as next Sunday’s first round approaches, with a second round run-off scheduled for April 24.

A poll for the Journal du Dimanche newspaper on Sunday by the Ifop group showed Macron winning the first round with 27 percent, down 2.5 points in a fortnight, while Le Pen had gained 3.5 points to 22 percent.

In a duel between the two of them, Macron was seen on 53 percent while Le Pen was on 47 percent — in line with several other polls at the end of the last week.

Voter sentiment appears to be highly volatile, and many French people have not made up their minds yet, making the outcome difficult to forecast, experts say.

Consultancy scandal
Macron, meanwhile, held his first rally on Saturday at a stadium west of Paris where he drew around 30,000 people. 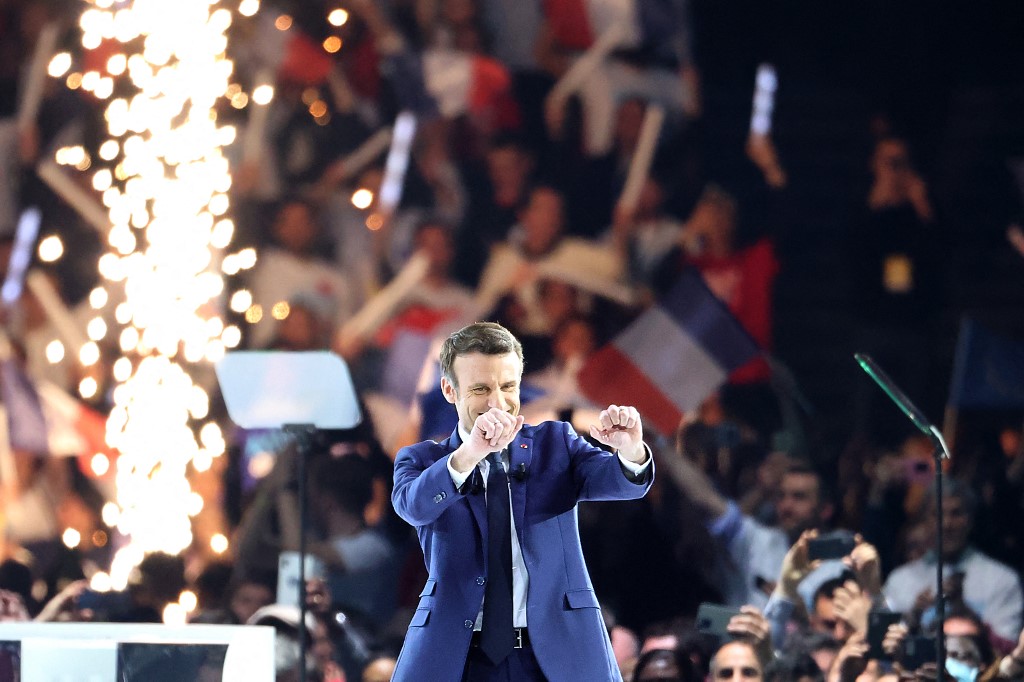 French President and liberal party La Republique en Marche (LREM) candidate for re-election Emmanuel Macron greets his supporters during his first campaign meeting at the Paris La Defense Arena, in Nanterre, on the outskirts of Paris, on April 2, 2022. (Photo by Thomas COEX / AFP)

Calling for a “general mobilisation” from his supporters, he warned about the danger posed by Le Pen and fellow far-right candidate Eric Zemmour.

The head of Macron’s parliamentary party Christophe Castaner said that “of course” the president could lose to Le Pen next Sunday.

He told RMC radio that it would be an error to “let anyone believe that the election is won in advance.”

The centrist president’s opponents continue to target him over his governments’ use of expensive management consultancies during his term in office following a highly critical report from the Senate last month.

A Senate investigation found that spending on outside consulting firms such as McKinsey had more than doubled from 2018-2021, reaching more than a billion euros ($1.1 billion) last year, a record.

Rising hard-left candidate Jean-Luc Melenchon criticised Macron for “inviting the private sector into the state. Who can believe that a private company would give advice in the public interest?”

Macron and his aides have sought to stress that France uses consultants less than some other large EU members and that outside help had been required for technical missions such as IT or cybersecurity, as well as during the
Covid-19 pandemic.