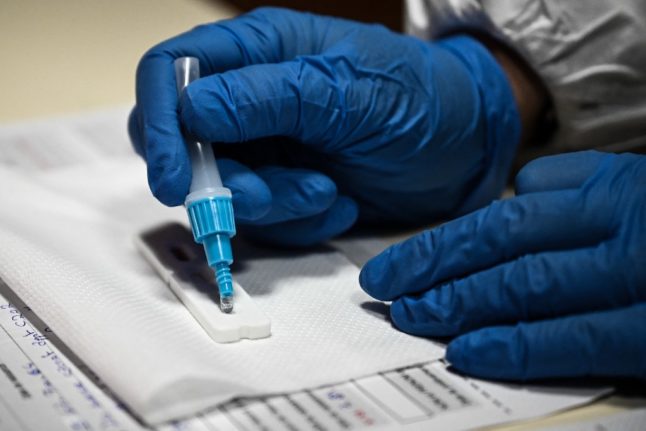 A health worker performs an Covid-19 antigen test at a school in France. Cases are on the rise. (Photo by Philippe LOPEZ / AFP)

Covid case numbers are going up in France. The 7-day average number of active Covid cases was 128,212 on March 27th – a 42.3 percent increase on the week before. Santé Public France showed more than 169,000 people as having Covid on March 31st.

Current case numbers are far from the peak of the most recent wave when 7-day average case numbers reached more than 365,000 in late January. But the prevalence of recorded Covid cases is still higher now than throughout most of the pandemic.

An Omicron sub-variant called BA.2 was responsible for 84 percent of current cases, as of March 31st.

The current rise in detected case numbers can be at least partly explained by increased testing – particularly among people under 16. Even then, experts believe that the true number of cases is even higher than official figures suggest. 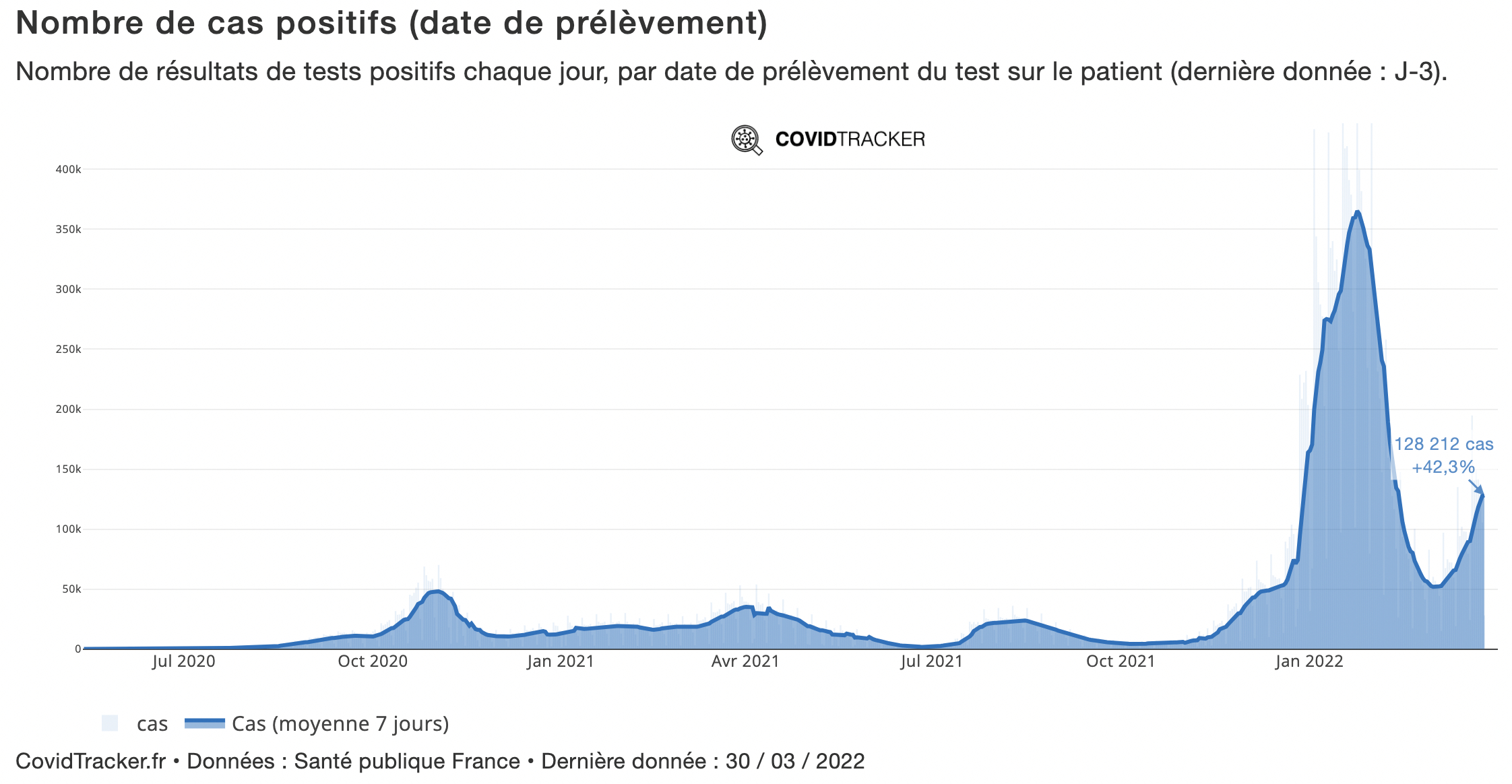 Covid case numbers are on the rise in France. (Source: CovidTracker)

Growing case numbers have been accompanied by an uptick in new admissions into intensive care units. 112 people were admitted into these facilities on March 30th – a 15.5 percent increase on the week before.

But since the peak of the previous wave in January, patients have been released from intensive care faster than they have been admitted, which explains why overall number of Covid patients in these units has been on a downwards trend.

The number of Covid patients in intensive care has been decreasing since January. (Source: CovidTracker)

Covid deaths in hospital have been falling sharply since February 7th. Out of the 115,061 hospital deaths in France on March 30th, only 104 (0.9 percent) were caused by Covid.

The low mortality rate among Covid patients can be at least partly explained by a high vaccination rate in France, where 79.1 percent of the entire population is considered fully vaccinated and 53.4 percent have had a booster dose.

So how worried do we need to be about future?

In mid-March, Health Minister Olivier Véran suggested that case numbers would begin to drop off again by around this point.

“What the Pasteur Institute models are telling us is that it will increase until the end of March, reaching 120,000 – 150,000 infections per day and then we expect a decline,” he told FranceInfo.

Professor Antoine Flahault, of the Geneva Public Health Institute, believes that France will more likely hit its peak next week with about 200,000 cases per day, based on the experience of other countries like the Netherlands, Switzerland and Germany.

“The BA.2 sub-variant [the one now dominant in France] seems to be less dangerous thanks to vaccination. In China, where lots of older people are not fully vaccinated, it has hit very hard,” he said.

The epidemiologist believes the French government’s decision to lift obligatory mask-wearing in most indoor spaces on March 14th was premature.

“When they got rid of the rules while cases were still higher than when the mask was instated, it clouds the public health message and brings a risk to people who are vulnerable. I fear it may delay France reaching its peak. Minimising exposure is a good bet,” he said.

Earlier this week, the French government announced that social distancing and mask wearing would not be obligatory in polling stations for presidential election polling days on April 10th and 24th.