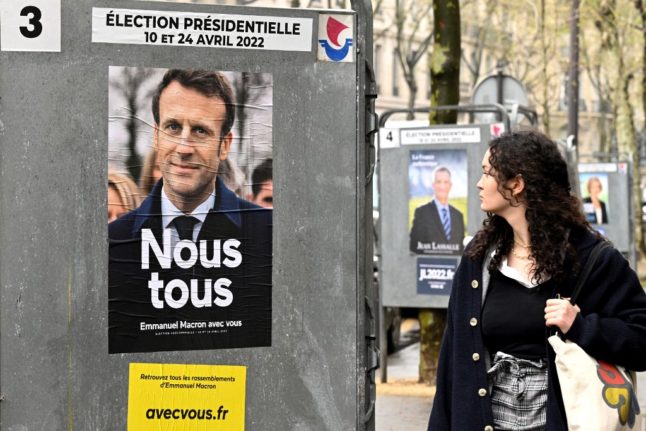 Who is this McKinsey, anyway?

It provides advice on strategic management to governments – including France – corporations, and other organisations.

Why is it suddenly making headlines?

“The use of consultants is now a reflex”, the report said, adding that the influence of consultancy firms in government puts them, “at the heart of public policy”.

McKinsey was paid €3.88 million for consulting on housing benefit reform in France at the start of Emmanuel Macron’s presidency, and a further €12.33 million on the Covid-19 vaccine scheme.

Earlier this year, it won a €496,800 contract, paid for by the Ministry of Education, to produce a 200-page document for an international symposium that was cancelled because of the health crisis.

And it was paid €950,000 for a Powerpoint presentation and a 50-page booklet on pension reform – which has since been shelved. “It’s expensive per page,” Senator Eliane Assassi told Franceinfo at the time of publication of the report.

This sounds pretty standard for governments – is there more?

The report also says this: “The McKinsey firm is subject to corporate income tax in France, but its payments are established at zero euros for at least 10 years, while its turnover on the national territory reaches €329 million in 2020, including about 5 percent in the public sector, and it employs about 600 employees.”

It went on to describe this as a, “caricatural example of tax optimisation”.

You can imagine the political campaign capital Macron’s opponents are trying to make out of this.

Valérie Pécresse, candidate for the centre-right Les Républicains, said: “Emmanuel Macron must explain himself on the massive recourse of the State to the McKinsey company”.

Green candidate Yannick Jadot said that, under his presidency, the government would no longer use these firms, “which, at a cost of hundreds of millions of euros per year, have thought, on behalf of governments, the elimination of hospital beds, the reduction of housing benefit and other brutal reforms”.

And far-leftist Jean-Luc Mélenchon added: “That’s enough of private firms like McKinsey that give useless advice and do not pay taxes in France.”

To cap it all, the Senate – which historically leans right – announced on Friday March 25th that it had referred the matter to the courts for “suspicion of perjury” – three months after a hearing in which an executive of a French subsidiary of McKinsey had assured the firm that it did pay corporate income tax in France.

What does McKinsey say about this?

It issued a statement saying that it respects “all applicable French tax and social rules” and says that it has paid corporate income tax “in the years when the firm has made profits in France”.

The statement went on to say that the firm had paid, “€422 million in taxes and social charges, or nearly 20 percent of its cumulative turnover,” in respect of its employees in France.

Corporation tax, however, is based on profits rather than turnover.

And Macron – has he said anything?

The controversy has come at an awkward time, in an election campaign he’s only partially fighting because he’s busy dealing with Ukraine.

But he’s in fighting mood when he’s on the hustings. “No contract is passed in the Republic without respecting the rule of public procurement,” he told France 3’s Dimanche en politique. “Let anyone who has proof that there is manipulation challenge the contract in criminal court.”

Meanwhile, his supporters have been out in force: “Consulting firms must be solicited as long as it is for skills that are not found within the state,” government spokesman Gabriel Attal told BFMTV.

Health Minister Olivier Véran told a recent hearing before the Senate that “at no time did McKinsey make me take a decision in connection with the health crisis or the vaccine campaign”.

And one unnamed ally said Macron’s opponents were trying to make a scandal out of a molehill – referencing a political controversy that contributed to the failure of Valéry Giscard d’Estaing to win re-election in 1981, when it emerged he had accepted precious stones from Central African dictator Jean-Bedel Bokassa.

“They (the opposition) are trying to make it into the Bokassa diamond scandal for the president. It’s not a real issue. Everyone uses consultancies.”

But Economy Minister Bruno Le Maire has acknowledged that “activities will have to be refocused if recourse to consulting firms is excessive and services go too far”.

So, is anything happening?

We’ll find out exactly on Wednesday night, when Amélie de Montchalin and Olivier Dussopt, respectively Minister of Transformation and Public Accounts, will hold a press conference on the subject.

“We do not deny any figures, we deny the way in which they are interpreted,” a Ministerial source told Huffpost. “We did everything transparently and that is precisely the purpose of this press conference. We will answer all questions.”

Will it upset the Macron campaign?

It hasn’t helped. And it’s possible to wonder that there may be some concern, especially with Le Pen apparently gaining momentum in the polls. One recent survey set showing her at 47 percent versus 53 percent in a hypothetical run-off sounded alarm bells in Macron’s camp.

We do know the press conference was originally scheduled for Thursday morning, but has been brought forward 14 hours…

But commentators seem certain it won’t affect the campaign much. “It’s a complicated issue that will sway those who were already convinced that Macron is a ‘president of the rich’, but it’s not a widespread issue,” political analyst Philippe Moreau Chevrolet told AFP.

“It counts much less than questions around household income and spiralling inflation and even fears about food supplies.”