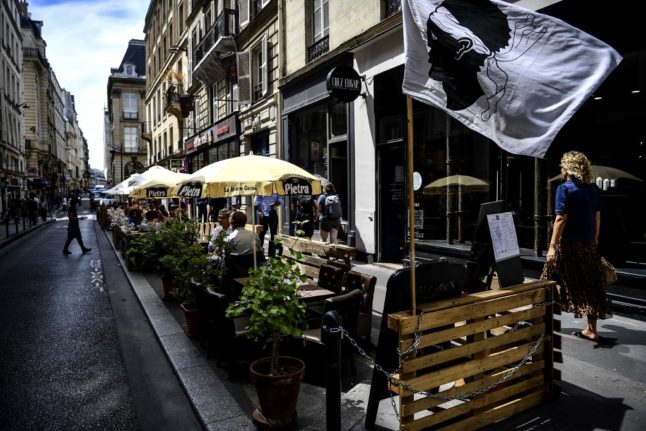 In a bid to avoid the spread of the virus in indoor spaces and respect social distancing, Paris authorities in 2020 granted temporary licences for cafés to extend their outdoor seating areas onto pavements, parking spaces or even the street.

The scheme was so popular that it returned in 2021 and and is now back again, this time rebranded as ‘summer terraces’ for customers to enjoy in the city from April 1st.

“It truly helped us during the pandemic. People preferred to be outside,” said Nina Claudel, the bar manager at Le Pavillon des Canaux – a cultural venue, restaurant, cafe and well-served drinking hole in the 19th arrondissement of Paris. 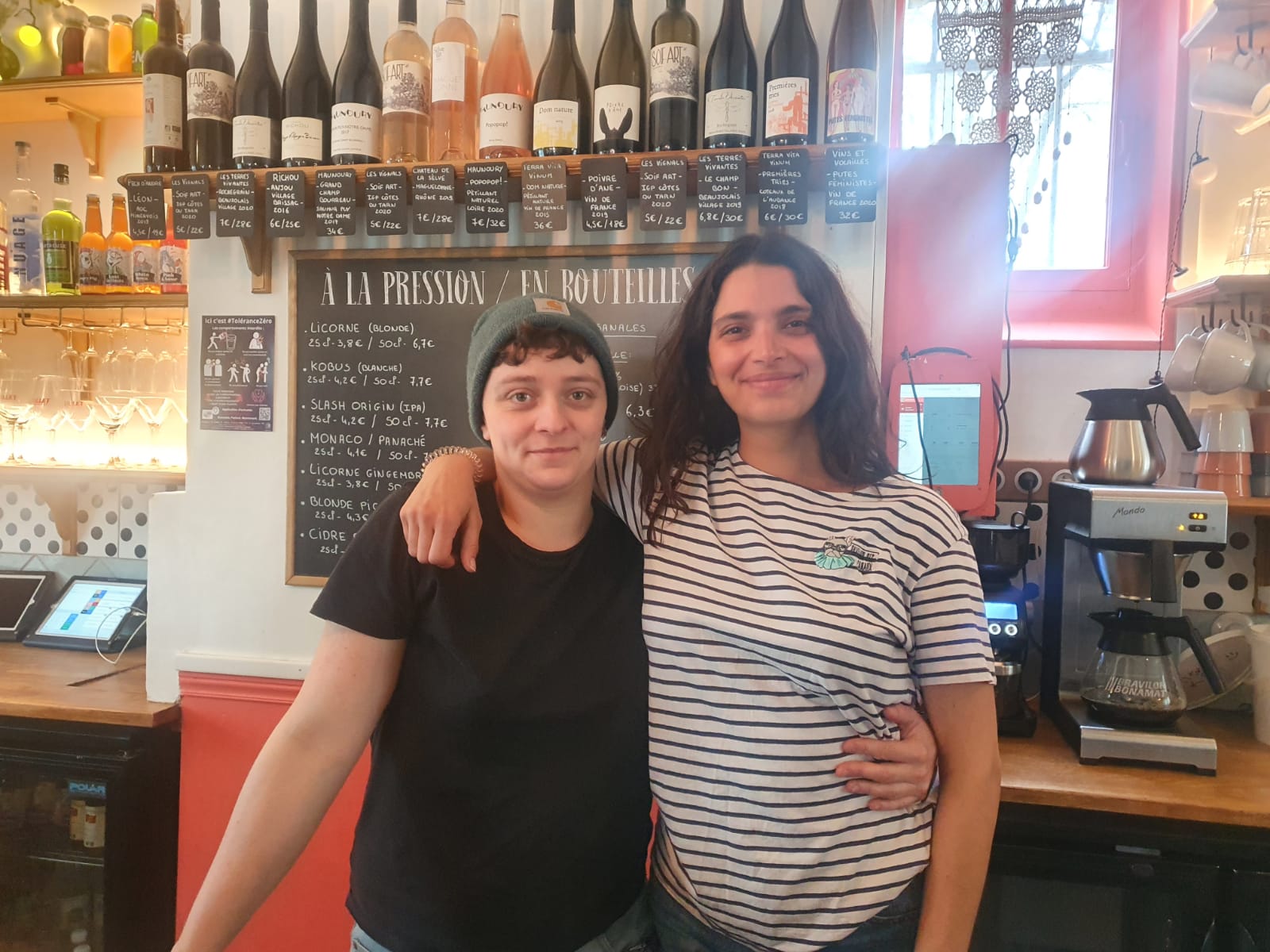 Nina Claudel, left, is excited at the prospect of extended terraces coming back in Paris. (Source: The Local/Sam Bradpiece)

She has submitted her application for a summer terrace licence and is awaiting authorisation.

“People want to go out and live their lives, forget about the difficult times and enjoy the beautiful weather,” she said.

Authorities in the French capital have now voted on new rules to keep the scheme. From April 1st until October 31st, venues can operate terrasses estivales (summer terraces), provided they have a licence.

So far 1,600 licences have been granted, and many more are still pending.

“The demand is extremely high and these terraces are justified in a health context that requires vigilance,” explained Emmanuel Grégoire, a city official quoted in Le Parisien.

Rim Zaouit, a guitar maker who regularly visits the city, is delighted at the news.

“It is much more agreeable to have space outside. It is healthy to be outside and people are more relaxed. Getting Vitamin D  from the sun is a good way to counterbalance the drinking,” he laughed.

Venues are obliged to get authorisation from the City Council and pay for the right to set-up a summer terrace. The cost varies according to when and where you install seating – moving chairs onto a delivery spot before the end of August for example could cost €1,500.

Kanji, a barman at Paris’ Bar Ourcq, next to the Bassin de la Villette in northern Paris, said the cost is worth it.

“On a hot day, we can double or even triple the number of customers. There is a lot of foot traffic,” he said.

The rules state that venues operating summer terraces are obliged to close them by 10pm to avoid disrupting the lives of local residents, although the early closing on applies to the extended terrace area. Failing to respect closing times or operating an extended terrace without a license, could land customers with fines between €68 to €500 and a ban on setting up terraces in the future.

“It is out of the question that we will deliver an authorisation to businesses that have repeatedly committed offences,” said Ariel Weil, the mayor of the central Paris arrondissements, in an interview with Le Parisien.

The new rules also state that the terraces must comply with standards of “aesthetic quality”, with temporary tarpaulins and wooden pallets banned. Only chairs and parasols are allowed, with any other paraphernalia over 1m 30cm excluded, in an attempt to keep public spaces free.

The City will run a competition to see which establishment sets up the most beautiful terrace.

Terrace cafés have been a feature of Parisian culture since the 19th Century – it is only the extended form brought in to deal with the Covid crisis that is new.

“Café terraces represent the the spirit of Paris and Parisian liberty in a certain way,” said Patrick Rambourg, a historian.

“What did terrorists target during the attacks that we suffered a few years ago? Café terraces. It is not anodyne. They wanted to impact the heart of French civilisation,” he said in a video published on the Paris City website.