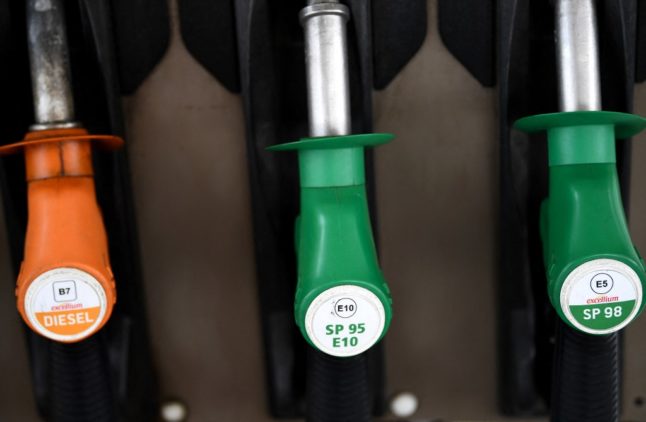 Election campaigning begins – yes, we know candidates in the French presidential elections have been campaigning for months (years in some cases) but Monday marks the official start of the campaign, and all around France the election boards have gone up.

READ ALSO What changes in France when the campaign officially begins?

This change primarily affects the media, with broadcasters required to give all candidates equal airtime. The official campaign period is suspended before the first round of voting on Sunday, April 10th, then restarts for the two-week period until the second round on Sunday, April 24th.

Brexit deadline – Yes, another one. This affects UK nationals who are married to EU citizens and want to move back to the UK with their spouse. From March 29th, EU spouses of UK nationals will be subject to the full visa process if they wish to move to the UK, which includes fulfilling qualifications around language, skills and sufficient financial resources. Those who don’t meet the criteria may not be allowed to enter, despite being married to a Brit. For full details click HERE.

Farmers’ debate – all the presidential candidates, with the exception of Emmanuel Macron and green candidate Yannick Jadot, take part in a debate on agricultural policy organised by farming unions.

Slow down in Lille – the 30km/h speed limit that covers much of the central part of Lille comes into force on Wednesday. A similar limitation is already in place in Paris.

Demos in Paris – the hardline CGT union has called for a day of demonstrations in Paris, demanding better development and investment in the country’s rail services;

Trêve hivernale ends – The period, known in France as la trêve hivernale, during which landlords are not allowed to evict a tenant comes to an end on March 31st.

Macron bonus deadline – March 31st marks the deadline for businesses to pay the so-called ‘Macron bonus’ to employees. These payments are not obligatory, but were brought in in 2019 as a response to the ‘yellow vests’ movement. Last year close to 4 million people were paid a €506 bonus, but payments can reach up to €2,000.

Fuel price discounts – the cost of fuel at the pump falls by 15c per litre from Friday. This is the government’s discount scheme to help motorists deal with the soaring cost of petrol and diesel, which is over €2 a litre in many parts of France. The 15c per litre discount is applied at the till when you pay, and then the government refunds the seller.

Macron rally – Emmanuel Macron holds his first campaign rally at the La Défense arena in Paris. Until now the candidate, distracted by the war in Ukraine, has been campaigning in a more low-key way, while his ministers have been hosting campaign events around the country.