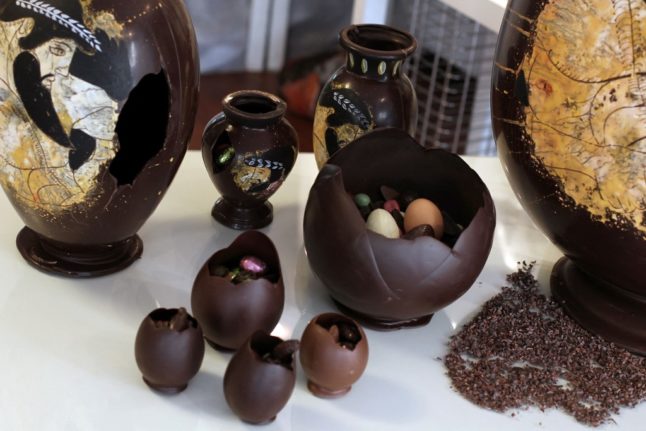 The price of fuel at the pump is cut by €0.15 from April 1st as part of the government measures to insulate the economy from the war in Ukraine. Someone filling up a 60 litre tank will save a total of €9.

This discount will last until at least August 1st and applies to all types of fuel used for powering road vehicles, including petrol, diesel and liquified natural gas.

The prices that you see fixed outside service stations will remain the same, with the discount applied once you pay at the till or at the pump. The government then compensates the business for the difference in price.

April 1st is the day of ‘April fish’ – when France goes crazy for practical jokes.

READER QUESTION: Can you explain the French ‘poisson d’avril’ tradition?

The online platform to make the déclaration des revenues (income declaration) opens. You will need to declare your earnings from 2021.

Almost everyone who lives in France has to do this, as do some second-home owners with earnings here, and the deadline for doing so depends on how you declare and where you live.

It was originally a Covid-related measure, allowing cafés to extend their terraces into adjoining outdoor space, parking spaces etc, but now the city of Paris has decided to allow extended terraces every summer, with a paid-for licence, from April 1st.

France goes to the polls twice in April, for the two rounds of the presidential election. Polling day is by tradition on a Sunday – deemed to be the day when the French are most likely to be at leisure to go and vote.

The 2022 polling days are April 10th and April 24th. In the first round, voters select any of the 12 candidates who are running. The two highest-scoring candidates then go through to the second round, and two weeks later voters go back to the polling station and vote again for their favourite (or at least the one they hate the least) to become the next president of France.

The French go back to the polls again in June to pick their local MP at the parliamentary elections.

You can find all the latest coverage on the French presidential election race HERE.

Easter Sunday falls on April 17th this year. Easter Monday – April 18th – is a holiday across France but Good Friday is only a day off work if you live in the Alsace-Lorraine region, for complicated historical reasons connected to wars with Germany.

Apart from New Year’s Day – which fell on a Sunday this year – Easter Monday is the first public holiday of the year. This year both May 1st (May Day) and May 8th (VE Day) also fall on a Sunday, so the next holiday day is Thursday, May 26th (Ascension).

Schools also get a two-week break around Easter time, but the exact dates vary between the different school holiday zones.

READ ALSO Is there any kind of logic behind France’s school holiday zones?

This is a four-day music festival which runs this year from April 19th to 24th in the central French town of Bourges. It has a wide range of acts booked and it’s also a favourite place for scouts to sign new talent, so it’s a good place to hear the ‘next big thing’.

As part of a programme to open access to mental health services, the Mon Psy site goes live. This is a directory listing all psychologists and psychiatrists who have signed up to a government scheme. Anyone can access this and get 8 sessions at a capped rate, of which they will be reimbursed 60 percent of the cost through their carte vitale.

A number of benefits and allowances are revised up in line with inflation from April 1st. The RSA allowance – which is the rate of benefits or top-up benefits for those in work – is increased by €15.78 (1.8 percent) a month to €575.52 per month for a single person.

A number of family and child allowances are also to be increased by 1.8 percent.

Many areas of France, including Paris, operate rent controls and have done for some time. However from April 1st a new law comes into effect that applies to adverts from real estate agents – if a property is being marketed in an area that operates rent control, the advert must specify the maximum rent allowed in that area.

Stricter controls around telephone marketing and cold calls also come into force on April 1st. The new measures include requesting the agreement of the caller at the beginning of the call, a compulsory pause of 24 hours before any contract is signed and keeping call recordings for up to two years as evidence. The penalty is also increased for companies who break any of the rules on cold-calling – a fine of up to €1,500 per customer.

The MaPrime Renov scheme is extended to offer an extra €1,000 from April 15th. Announced as part of the government’s plan to deal with the cost of living crisis, the scheme now offers grants of up to €9,000 to replace an oil or gas-fired central heating system with a more energy-efficient alternative. Full details HERE.

France’s west coast has some stunning long, windswept beaches, perfect for kite-flying. The International Kite and Wind Festival was cancelled last year, but is back from 16-18th April 2022. Some of the best kite pilots in the world will attend for kite-making workshops, kite-surfing displays, land-sailing activities and much more. This event is perfect for families. You can find more information HERE.