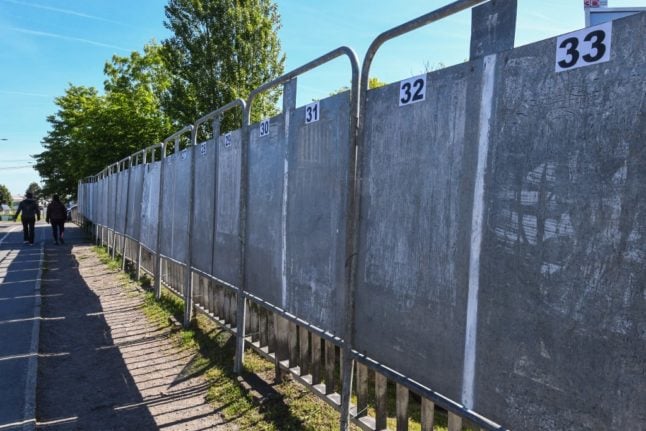 Election boards go up as the campaign officially begins in France. Photo by DENIS CHARLET / AFP

This may come as a surprise for those of you feel like you have been reading about the election for months on end. But the official start to the campaign always falls two Mondays before the first-round vote.

A number of important steps have already taken place in the build up to the election. The number of candidates running has already been cut down to 12 after a number of figures failed to gather enough parrainages – or signatures of support.

So what actually changes on Monday?

For most people, the official beginning of the campaign makes no difference to their lives. But there are some changes you should be aware of.

The key change over this period is to do with the division of airtime between different candidates in the media.

From January 1st, a sort of pre-electoral period, TV and radio stations had to allocate time to candidates or their backers in accordance with the candidate’s popularity (measured by polls) and previous electoral performance.

From March 28th however, all candidates – whether French President Emmanuel Macron who is polling at 28 percent or socialist candidate Anne Hidalgo on 2 percent – are required to receive equal airtime.

Each of the candidates will send letters to voters, known as professions de foi (professions of faith), in a bid to sell themselves as the best option. The sending of theses letters is funded by public money.

La Croix reported that about 100 million such letters are sent out in total across the two rounds of a typical French presidential election. The newspaper estimated that the cost of sending these letters in 2022 would be about €64.5 million.

The most striking thing about the official start of the campaign season is the appearance of election posters all over the place, and the election boards go up outside public buildings.

As with broadcasting rules, each candidate is given equal amounts of space – so this time boards go up in sets of 12. Posters go up outside polling stations, which include town halls, schools and gyms.

Putting up posters on non-public buildings is possible but is strictly regulated.

Each of the 12 presidential candidates has made a clip for broadcast on public TV.

At least part of the cost of these clips is covered by the state, but the variation in quality between them indicates that some kind of private finance is also used.

The videos themselves are limited in duration and must be broadcast and during prime time.

How long will the election period last?

The first official campaign season will end on April 8th in French overseas territories including Guadeloupe, French Guyana, Martinique, Saint-Barthélémy, Saint-Pierre-et-Miquelon, Saint-Martin and French Polynesia. People living in these areas vote in the first round on April 9th.

But for mainland France and other overseas territories, the campaign season draws to a close on April 9th, before the first-round vote the following day. The closing of the official campaign means that broadcasters cannot show electoral propaganda from midnight on April 8th.

After the first round of voting, the official campaign season will begin again, on April 15th – lasting until April 22nd if you live in a far-flung overseas territory or April 23rd if you live in France.