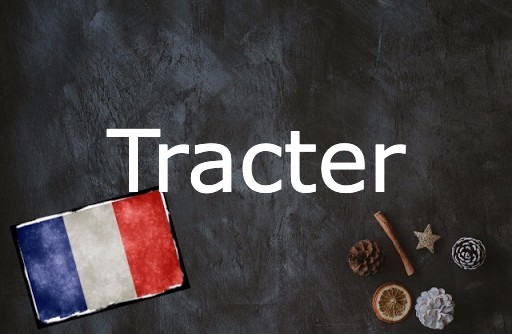 Why do I need to know tracter?

Because it is a particularly useful word to know during election season, as well as if you want to work in the agriculture industry.

The first is to pull, haul, tow or drag something along with a tractor (un tracteur) or another mechanical vehicle.

The second meaning, which is often used around elections, is to distribute leaflets or tracts in favour of a candidate or political party.

The verb tracter comes from the noun, tractage, which describes the act of distributing political or even commercial promotion material – in English leafleting or flyering.

Tracts, or short pieces of writing designed to promote a political or religious agenda, pre-date the invention of the printing press and were mentioned by scholars as early as the 7th century.

In France, municipal authorities have the power to ban tractage in certain parts of town.

The law states that address and name of the person responsible for printing leaflets must be detailed on tracts. In the mid-90s, a new rule was introduced requiring all promotional material to be written in French. Foreign terms can only be used if a French translation is also provided.

There are plenty of words to talk about flyers with which you could be tracté by someone on the street: circulaires, dépliants, prospectus, tracts, imprimés, feuillets or brochures.