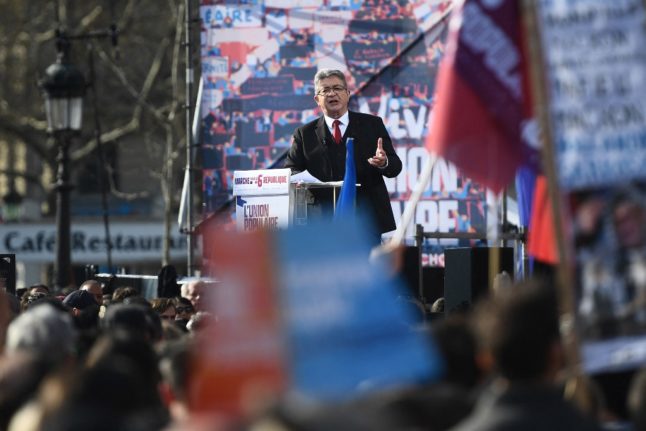 Jean-Luc Melenchon delivers a speech at the Place de la Republique in Paris on Sunday. Photo by Christophe ARCHAMBAULT / AFP

Centre-right candidate Valérie Pécresse has been thoroughly snubbed by the ‘dream team’ of well-known figures who she had said she would invite to join her government.

Speaking about inviting non-politicians into a future cabinet, she cited popular French-Moroccan author Leila Slimani, Olympic judo champion Teddy Riner and General Pierre de Villiers. Unfortunately, they seem less than thrilled by the invitation, with the General immediately ruling it out and the Olympian responding on Twitter with the laughing face emoji.

Slimani, who has been appointed by Emmanuel Macron as a cultural ambassador, reacted by saying: “Nothing would give me greater horror.”

It was also a bad weekend for Anne Hidalgo as her former political mentor – and retired mayor of Paris – Bertrand Delanoë announced that he would not be voting for her.

It was a better weekend for the far-left candidate Jean-Luc Mélenchon, who had a good turnout in Paris for his ‘March for the 6th republic’ – 100,000 people according to a count from his own campaign team.

He told the crowd that he would “freeze prices and raise the minimum wage to €1,400 a month” on his first day in office, if elected. His team are pushing hard the notion of the vote utile (useful vote) saying that for leftists, any vote for a candidate other than Mélenchon is a vote thrown away.

Polling at around 12 percent, he has some catching up to do to beat Marine Le Pen (currently on 17 percent) and make it into the second round with Macron.

Prime minister Jean Castex, a keen rugby fan who hails from France’s rugby heartland of the south west, was at the Stade de France on Saturday to see the French team win the Six Nations tournament with a Grand Slam. 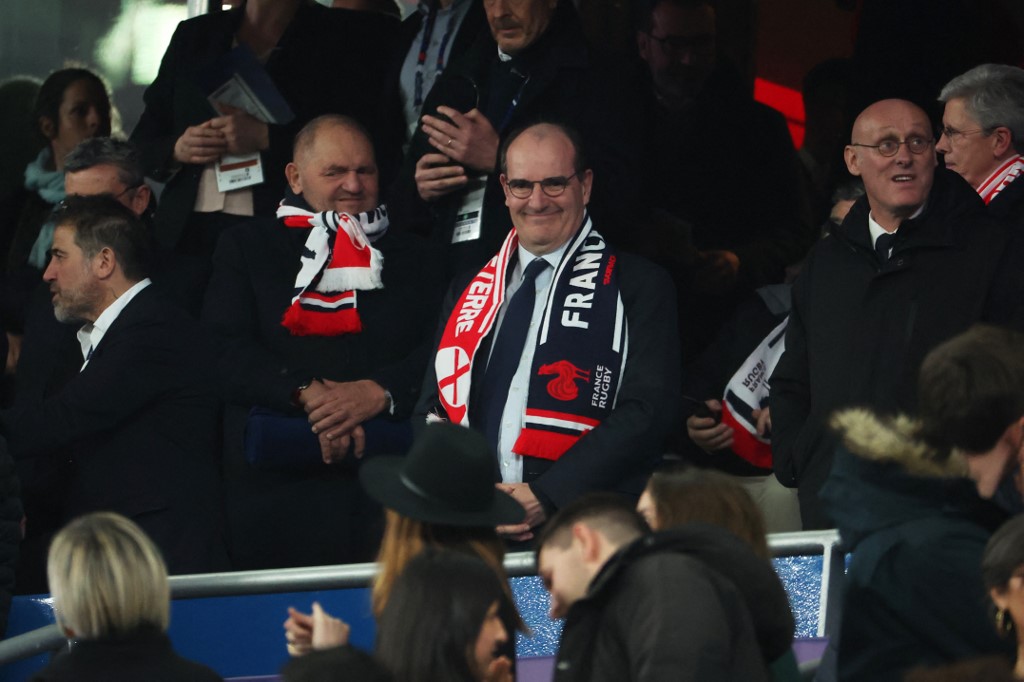 The hunting lobby La Fédération nationale des chasseurs is setting up its own campaign event with candidates on an issue that is gaining increasing profile during the election.

As well as animal rights issues there are increasing concerns over safety – every year passers-by are accidentally shot and killed by hunters and many living in rural areas say they feel unsafe going outdoors during the hunting season.

It is for this reason that both green candidate Yannick Jadot and Mélénchon have proposed banning hunting at weekends and during school holidays. Both have declined the invitation to the hunters’ campaign event.

Emmanuel Macron is staying in Paris and will welcome the Spanish and Finnish prime ministers to the Elysée while his justice minister Eric Dupond-Moretti and interior minister Gérald Darmanin are on the campaign trail in the Nord département in northern France.

Anne Hidalgo is meeting the president of Israel while Yannick Jadot is holding a press conference about his education policy. Fabien Roussel is in Nantes while Jean Lassalle’s tour bus will stop off in Le Havre and Honfleur.