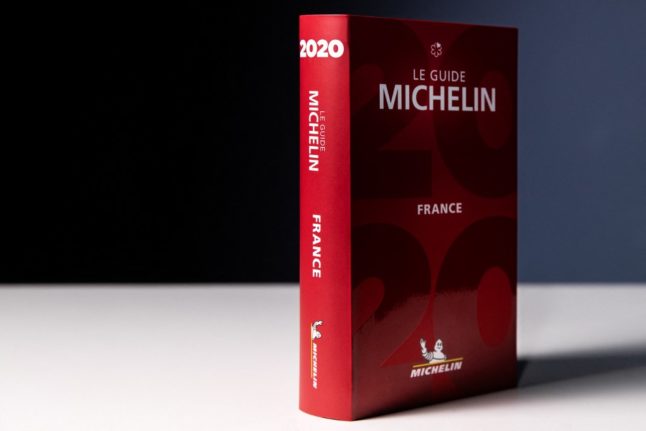 Expected each year with apprehension by chefs and gourmets, the famous red book is being unveiled in Cognac in southwest France, the first time in its 122 years the ceremony has taken place outside Paris.

“The 2022 edition is a very fine vintage which reflects the diversity of cuisines that can be found in France,” the guide’s director Gwendal Poullennec told AFP.

“But it will also make room for a new generation of chefs who have taken the risk of embarking on this journey in spite of the challenging context,” he said.

“Despite the crisis, the profession has shown great resilience. It was an opportunity for professionals to reinvent themselves, to go further, and that’s what we want to support.”

Last year’s ceremony, in the midst of a months-long shutdown caused by the pandemic, was a low-key affair with only one chef — Alexandre Mazzia — promoted to three stars, the highest distinction.

While Poullennec said the judges’ criteria remained the same, there was an increased focus on more minimalist, sustainably sourced restaurants that have come to dominate the food scene.

Controversies have long swirled around the guidebook and the pressure it places on chefs.

A year earlier, Marc Veyrat became the first to sue the guidebook, after losing the third star of his Alps restaurant La Maison des Bois just a year after it was awarded.

He lost the case and said he never again wants to see a Michelin inspector in his restaurants.

Poullennec said demotions were vital if the guidebook was to “remain relevant to customers.”

Overall, however, the French food scene is in top form.

After a long period during which French restaurants were accused of growing stale and lazy, the past 15 years have seen an influx of young chefs more open to global influences and new approaches, said Paris-based food writer Lindsey Tramuta.

The Michelin Guide has sometimes struggled to keep up, she added.

“When you have something as structured as Michelin, it is very tricky to incorporate all the things that are happening in the food scene — things that are high-calibre, but maybe aren’t as formal,” she said, adding that female chefs remained poorly represented.

“But Michelin is still very important for chefs and owners. If it motivates their kitchen staff and team, and brings more diners and curiosity, then it has value.”

Created in 1900 by tyre manufacturers Andre and Edouard Michelin as a guide for motorists, it now has editions across Europe, Asia, North and South America.

In March, it announced it was suspending operations in Russia due to the war, just a few months after launching its first guide in Moscow.