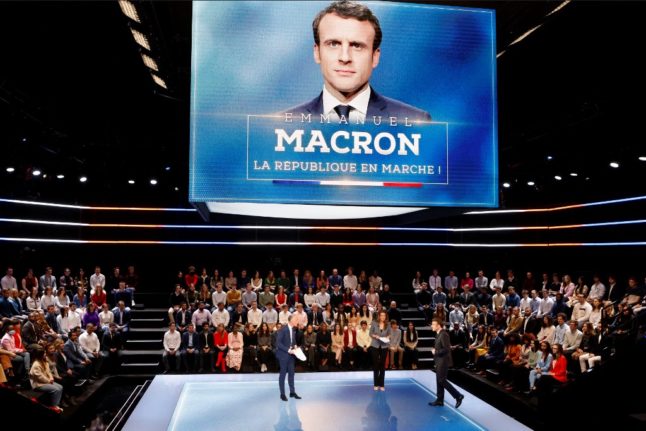 The 44-year-old delayed declaring his intention to seek re-election to the last minute and is now under pressure to engage with voters and rivals ahead of polls on April 10th.

The centrist had focused in recent weeks on Western diplomatic outreach to stop the war in Ukraine, giving him a personal ratings boost at home where most voters approve of his efforts.

If he becomes the first French president to be re-elected in 20 years next month, the former investment banker is expected to focus on deepening his pro-business domestic reforms and accelerating his vision for a more powerful European Union.

But few specific details about his programme have been revealed so far.

Thursday’s event in Paris, which will include a lengthy press conference, is “an important exercise to show that he is addressing the questions and criticism of him, and that he’s therefore really entering the campaign”, a minister told AFP on condition of anonymity.

Rivals across the political spectrum, who have struggled to make an impact in recent weeks amid the focus on Russia’s invasion, had been calling on Macron to declare his candidacy since the turn of the year.

“The president wants to be re-elected without ever really having been a candidate, without a campaign, without a debate, without a competition between ideas,” the head of the Senate, Gerard Larcher, said on Tuesday.

“If there isn’t a campaign, then there will be questions about the legitimacy of the winner,” the opposition figure from the Republicans party told Le Figaro newspaper.

Republicans presidential candidate Valérie Pécresse has claimed that “when you run away from debating, it’s probably because you’re scared”.

Macron has brushed aside the criticism, but has also declined to take part in televised head-to-head debates ahead of the first round, like his predecessors as president.

“Election campaigns when a president is running for re-election are always a bit unusual, that’s normal,” Macron said on Tuesday as he visited a centre for Ukrainian refugees outside Paris.

The most recent voter surveys suggest that Macron has gained between 5.0 and 6.0 points over the last month and could be on course to win the first round of the election with a score of around 30 percent, which would be a higher margin of victory than in 2017.

Veteran far-right leader Marine Le Pen is running in second place, with a score of around 18 percent, a poll of polls by the Politico website suggests.

She is trailed by three candidates on around 11-12 percent: Pécresse, far-right former TV pundit Eric Zemmour and hard-left campaigner Jean-Luc Melenchon, who appears to be gaining momentum.

The top two candidates in the first round will progress to a run-off vote on April 24th, with surveys currently suggesting that Macron would triumph by a large margin irrespective of his rival.

Behind the scenes, the president is reported to be urging supporters to guard against premature optimism.

He remains a highly divisive figure, owing to his tax cuts for the wealthy, pro-business labour law reform and abrasive personality, which led to violent anti-government demonstrations in 2018 by so-called Yellow Vest protesters.

A survey by the Odexa polling group, published by Le Figaro on Wednesday, suggested one in four people might abstain in the first round, the second-highest rate since 1965.