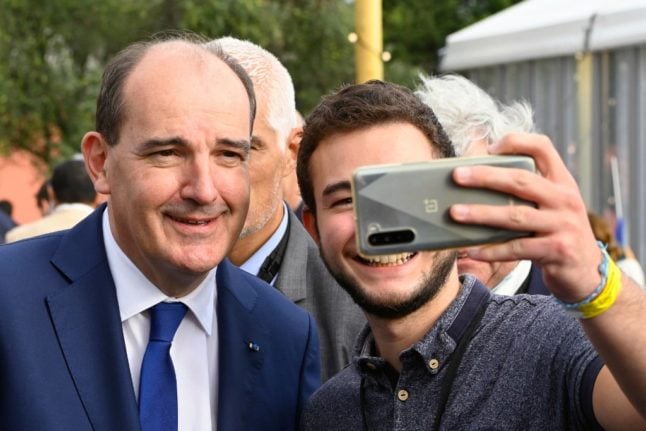 The man with the plan

Prime Minister Jean Castex is scheduled to unveil his price-hike plan at 4pm. Le plan de résilience économique et sociale (economic and social resilience plan) is in response to the spiralling cost of items including gas, petrol and food sparked by the Russian invasion of Ukraine, and consequent sanctions.

Some effects are being felt already – petrol and diesel is now more than €2 a litre in most of France – and more are expected to follow in the weeks to come as the war affects food supplies around Europe.

Castex’s plan, developed at the request of Emmanuel Macron, is aimed to protect French consumers, businesses and farmers from the worst of the economic effects.

Interior minister Gérard Darmanin is off to Corsica today, with instructions to calm the rioting that has gripped the island for over a week now, sparked by the assault in prison of Corsican independence fighter (and convicted murderer) Yvan Colonna.

We hope the Russian Ambassador to France isn’t holding out any hope of staying friends with French MPs – Christophe Castaner, the leader of Macron’s party LREM in the French parliament, has released a blistering letter that he sent to the Embassy, saying: “You are taking another step towards ignominy.”

After the widely-documented bombing of a maternity hospital in Marioupol, Ukraine, the Russian Embassy reportedly send a “press kit” to all French MPs, claiming that the attack was a staged event.

“To target a maternity hospital is to target civilians,” Castaner wrote, denouncing an “abominable” attack and accusing the ambassador of “denying the suffering and death caused by the action of your own army”.

The most used word in the French press to describe Macron’s manifesto launch tomorrow is enfin (finally).

Macron is being increasingly criticised by his opponents and the media for not campaigning ‘properly’ for the elections. Some are going further and suggesting that he will lack ‘legitimacy’ if he is voted back in an election that appears to be a foregone conclusion.

This is obviously nonsense – these are full and fair democratic elections and all the other candidates have ample opportunity to try and impress the electorate – but it seems that this may become a theme of French politics.

The next episode of The Local’s podcast Talking France is here. In this episode, The Local team plus political commentator John Lichfield and political analyst Jean-Yves Camus discuss the steady rise of the far right, the geographical divide in voting and the Constitutional rules on elections.

You will recall that we shared in yesterday’s briefing a photo of Emmanuel Macron looking slightly less dapper than usual in jeans and a hoodie.

Well, bizarre as it may seem, that photo made headlines around the globe. We took a look at why ‘man who normally wears a suit is photographed in a hoodie’ sparked such interest.

Valérie Pécresse and Eric Zemmour will be outlining their policies for small businesses at the PME federation today while Nathalie Arthaud is on a trip to Marseille.

And today is the birthday of government spokesman Gabriel Attal, bon anniversaire Gabriel.