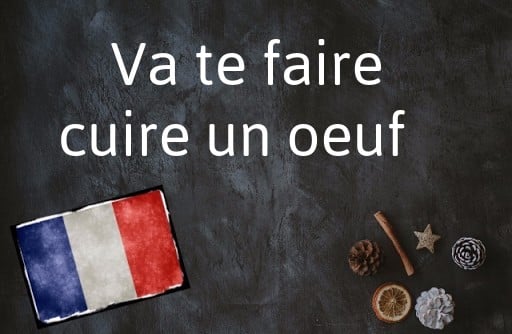 Why do I need to know va te faire cuire un oeuf?

Because you may want another phrase besides Occupe-toi de tes oignons for the nosy person reading over your shoulder on the Metro.

However, its true meaning is not found on the breakfast table: it is actually the French equivalent of “mind your own business,” much like occupe-toi de tes oignions.

In some contexts, it can also be used to tell someone to ‘go fly a kite’ or to ‘get lost’ when you want to be left alone. It joins a wide variety of other egg-related French sayings, fitting for the country known worldwide for its cuisine.

Where did the phrase come from? Though no longer confined to the kitchen, the phrase is thought to have originated there. Historically, the kitchen was considered to be the wife’s domain. So, when her husband came in to criticise her cooking, she might advise him to cook an egg, reminding him that he could not cook and thus should keep his criticisms to himself.

Tuer dans l’œuf – to nip something in the bud