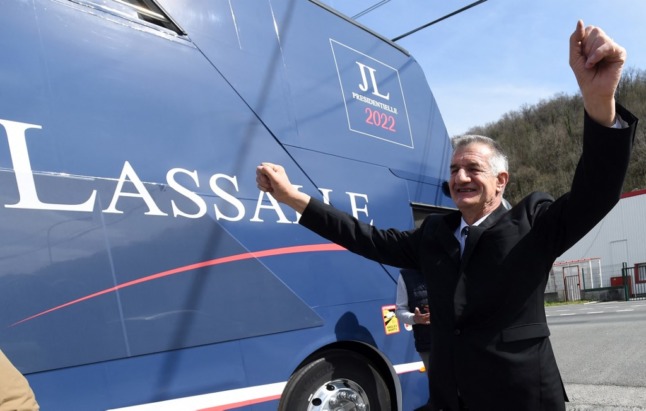 Versailles is hosting a two-day meeting of European leaders today and tomorrow, where they will discuss the EU’s response to the Ukraine war with reference to a European defence and energy policy.

Co-ordinating EU defence is something that Emmanuel Macron has demanded for years, and events in Ukraine have pushed his calls back into the spotlight. However, his team are being careful not to build up expecations for this meeting, which is being described as an “informal meeting” to share ideas.

It’s unlikely that big policy changes will be announced at the end of it.

Macron on Wednesday evening cancelled what was billed as an informal campaign visit to night workers. His team said this was due to ‘diary reasons’ ahead of what will likely be a very pressured two days at Versailles.

Macron is, by all accounts, one of those slightly terrifying individuals who can get by on four hours sleep a night, but it seems that even he has limits.

In case anyone was eagerly awaiting former president François Hollande’s views on the 2022 race (no, us neither) he has judged that Jean-Luc Mélenchon would not be a “useful president”.

The ex-president was responding to a growing number of voices within his own Parti Socialiste to abandon their candidate Anne Hidalgo (currently polling at around 2 percent) and instead vote for Mélénchon, the highest polling leftist candidate, as the “useful vote” of the left.

If you live in rural France, you’re quite likely to see this bus in the next few weeks as Jean Lassalle, of Resistons!, begins his bus tour of the country. He’s planning to focus on rural areas, so don’t be alarmed if you see this vehicle passing by.

You might not think that green candidate Yannick Jadot has much in common with Jay-Z, Nicki Minaj or Dr Dre, but they do share something – a photographer.

Jadot picked the American photographer Jonathan Mannion, a specialist in the hip-hop scene who has created more than 300 rap and hip hop album covers, to do the photos for his campaign poster.

Talking of photos, pictures released of Macron by his official photographer after his latest call to Vladimir Putin are well on their way to becoming a meme, with people adding their own captions to the pictures of the slightly unravelled looking president.

The French President after seeing the surcharges for international calls on his bill. pic.twitter.com/WZx19g4DSr

Me every time someone asks me how is my PhD thesis going and when I am planning to defend it. #AcademicTwitter #Academia #phdlife @AcademicsSay pic.twitter.com/6KCQUI3GqG

France’s largest union the CFDT is holding individual ‘auditions’ for candidates today. Anne Hidalgo, Fabien Roussel and Yannick Jadot will be at the union’s HQ this morning trying to impress the judges, while Emmanuel Macron, Valérie Pécresse and Jean-Luc Mélenchon will send a representative to outline their policies.

Eric Zemmour and Valérie Pécresse will take part in a head-to-head TV debate on TF1 at 8.20pm.