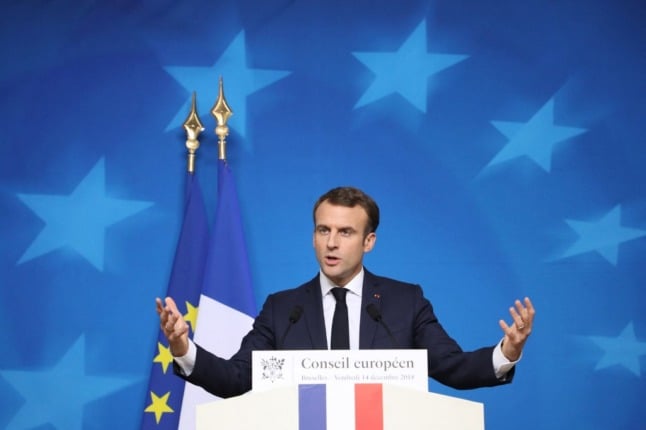 No-one cares much about the French election any more. Not even me. The brutal Russian attack on Ukraine has sucked the oxygen out of the lungs of the campaign in the way that Vladimir Putin’s thermobaric bombs suck the air from the bodies of men, women and children.

No doubt some form of campaign will resume but I believe the result is already a foregone conclusion. President Emmanuel Macron will win.

He has, in effect, won before he has formally entered the race (something he must do by 6pm on Friday). He has won because the campaign is now frozen in his favour. He has won because many voters will rally to the flag and the sitting President in time of mortal crisis.

Most of all he has won because three of his most important challengers have a long and ignoble record of glorifying or apologising for Vladimir Putin.

“The Three Moscowteers”, as I call them, Eric Zemmour, Marine Le Pen (on the far-right) , and Jean-Luc Mélenchon (on the hard, nationalist Left), have been exposed as fake patriots and defective thinkers.

Like the British politicians who defended Hitler until September 1939, they find themselves trapped on the wrong side of history. All three mock and detest the European Union (which is now going through its finest hour). All three oppose French membership of Nato (whose purpose has never been more clear).

All three have aligned themselves in the past with Vladimir Putin against Washington, against Brussels and even against their own country. Zemmour has even said that he dreams of a “French Putin” and that France should break its other alliances and throw in its lot with the “more reliable” Moscow.

In the last four days, Zemmour has lost two and a half points in the daily IFOP tracking poll and has fallen to 14 percent first round support. Macron has climbed by two points to 28 percent, his highest score for a year. Marine Le Pen seems for now to have avoided punishment for her Putin connections and is emerging (on 17 percent) as the favourite to reach the second round with Macron.

The President will make his first, long statement to the French people on the Ukraine war in a TV address at 8pm on Wednesday. The Elysée says that he will NOT take the opportunity to say formally that he is a candidate in an election that he now looks certain to win.

If he does not do so on Wednesday then, I expect, he will on Thursday.

My bold – actually not so bold – prediction of a nailed-on Macron victory may come as a surprise to some in the British media. Some British pundits took heart from the failure of Emmanuel Macron’s peace mission to Putin last month. They believed that Macron had been “humiliated” and would therefore lose next month’s presidential election.

That’s not the way it is seen in France. A majority of French people, according to opinion polls, gave Macron credit for attempting to avoid a war until the last moment.

Yes, Macron was naïve. Yes, his public statements were sometimes misleadingly optimistic. He has believed for years that he could persuade Putin that Russia is great European country and that its destiny and future prosperity lie in a closer relationship with the European Union.

Many people, inside and outside France, warned Macron that he was gravely mistaken. Vladimir Putin, they said, detests the liberal economic and political values on which the EU was founded. He believes only in the resurrection of Russia as a global power and the recreation of an allegedly Christian Russian Empire in which such western evils as women’s equality or gay rights are suppressed (hence Eric Zemmour’s attraction to him).

Nonetheless, Macron probably did more good than harm in his failed peace mission to Moscow. No one can rationally claim that the West did not give Putin every opportunity – several “off-ramps” as the diplomatic jargon now has it – to avoid invading the 21st century with a 20th century war.

There has also been some criticism of Macron’s two telephone conversations with Putin, one of them brief, the other 90 minutes long, since the war began a week ago. On both occasions, Macron was asked to make the calls by the Ukrainian president, Volodymyr Zelensky.

Macron speaks to Zelensky several times a day. So do other western leaders. The Ukrainian president seems to regard Macron as the only one who can still make calls to Putin.

On the last occasion, on Monday, Zelensky asked Macron to ask Putin to spare civilian targets. The Russian leader agreed and his army carried on regardless, targeting (accidentally or otherwise) hospitals and schools in recent days. A pointless call then? Maybe.

The Elysée view is that the conversation helped, once again, to illustrate the difference between what Putin says and what he does. At some point, officials say Putin will have to talk seriously to the West. Better to keep the channel open.

In another respect, the last week has shown Macron to be a forward-thinker. For years he has been banging on about the need for the European Union to develop a political and strategic brain to go with its economic muscle. The EU, he said, should start to think and act like a political power – une puissance – not just the world’s biggest open-borders trading market.

In the last seven days, the EU has done just that.

It has imposed much tougher sanctions on Russia than many thought possible. It has offered €450 million to Kyiv to buy weapons (breaking an EU taboo). It has agreed EU-wide bans on Russian civil aircraft and on propaganda arms like Russia Today.

The EU, which always leaps forward in times of crisis, has caught up with Macron’s ambitions for it. In that respect at least, it looks as though the French president has been on the right side of history.