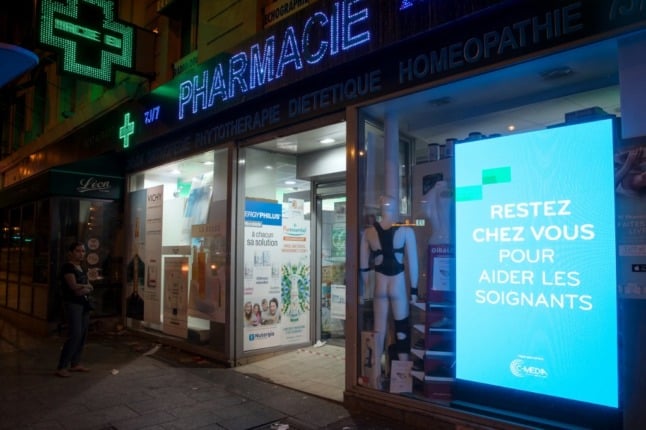 Pharmacies in France that are within 20km of a nuclear site are licensed to carry stocks of potassium iodide tablets, also known as stable iodine, which in the event of a nuclear accident can be taken to help protect the thyroid gland from radiation in the air.

The pharmacists’ union has reported an increase in people requesting the medication in recent days, apparently over concern that the war in Ukraine could escalate into a nuclear war.

“Until now, there was no demand. Now, in three days, we have had about 10 people worried about a nuclear accident and asking for iodine,” Alain Boetsch, a pharmacist based in Strasbourg and president of the local pharmacists’ union, told Le Parisien.

“Some people think that Putin would be able to launch something over Ukraine and that the Rhine would not stop the cloud, contrary to what many people thought at the time of Chernobyl.”

The USPO pharmacy union agreed that: “Some people are worried, in this context of war with the possible launch of a nuclear strike or a missile that falls near Chernobyl,” but added that the requests were “far from a tidal wave”.

The union added that a distribution of tablets had last taken place in 2021 and in the event of them being required, there would be plenty to go around.

The tablets cannot be taken as a preventative measure, a spokesman added.

“They must be administered in an accident situation and only on the instructions of the authorities, at the earliest one hour before exposure to radioactivity, and at the latest within 6 to 12 hours afterwards,” reads the website of the Institute for Radiological Protection and Nuclear Safety (IRSN).

France  is heavily dependent on nuclear power for its energy needs and has 18 nuclear power plants with 56 operational reactors, with plans for more. Anyone who lives within 20km of one of these plants is able to request iodine tablets at their local pharmacy on production of ID and proof of address.