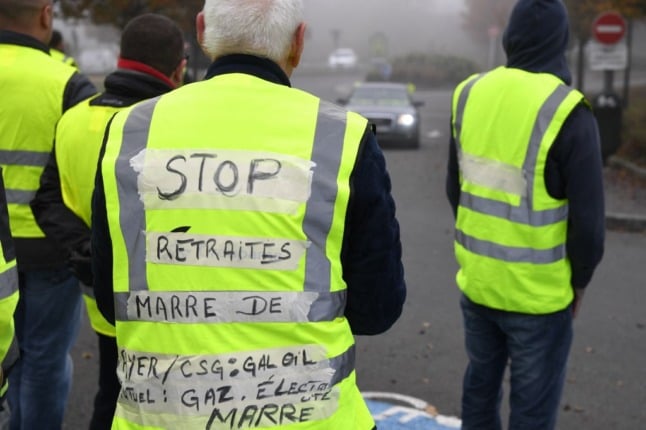 The 'yellow vest' protests forms the subject of one of this month's films. Photo by Damien MEYER / AFP

The club, founded by French cinema-lover Manon Kerjean, runs weekly screenings of French films – both new releases and classics – with English subtitles, to allow people whose French is not yet fluent to appreciate the depth of France’s cinema.

Screenings are preceded with drinks, which are a great way to make friends if you’re new to the city, and March also sees a pre-film stand-up comedy night and a walking tour.

The film: Described as a ‘bittersweet critique of contemporary society’, Zaï Zaï Zaï Zaï tells the story of comedy actor Fabrice, who while shopping realises that he doesn’t have his loyalty card. Under the gaze of a threatening security guard, he flees. It’s not long before Fabrice becomes Public Enemy # 1 in France. With a media frenzy brewing around his escape, the film follows his desperate attempts to evade capture.

The details: Friday March 4th at the Club de l’étoile cinema, 14 Rue Troyon, 75017 Paris. Tickets €15 or €13 concessions. The film starts at 8pm, with drinks from 7pm and a stand-up comedy show from comedian Hugo Gertner from 7.30pm. Tickets here.

The film: Inspired by real-life events, this is a drama about police complicity in narcotics trafficking.

It begins with French customs seizing seven tons of cannabis in the heart of the capital. The same day Stéphane Vilner, a journalist at the leftwing French daily newspaper Libération is contacted by a man who claims to be able to demonstrate the existence of State drug trafficking led by Jacques Billard, prominent media figure and high-ranking French police officer.

The film: This drama follows Agnès, Benoît, Nathalie, and Allan in Chartes, who in 2018 get involved in a protest about a new fuel tax introduced by Emmanuel Macron’s government. Their protest becomes a part of the ‘Yellow Vest’ movement that shook France during late 2018 and 2019, and this film is described as “a breathless and sensitive account” of a defining moment in history.

The film: This is a preview showing of Rien à foutre (Zero fucks given) which is the first feature-length film from the Belgian directors Emmanuel Marre and Julie Lecoustre. It tells the story of Cassandre, a flight attendant on a budget airline who is following the philosophy of ‘live in the moment’ until an unexpected event forced her to confront her buried pain.

The news was announced to La Montagne newspaper by the mayor of Tulle, Bernard Combes, with a picture of the couple showing the groom in a suit and his bride in a white dress climbing the stairs of the local town hall.

They married Saturday “in a private ceremony,” the mayor’s office in the central Correze region told the paper.

Little was revealed about the guest list beyond the presence of French singer Benjamin Biolay who worked with Gayet on a film in 2021.

Hollande, who has never married before, had an affair with Gayet while president and in a relationship with journalist Valerie Trierweiler, who was France’s de facto first lady at the time.

In January 2014, French glossy magazine Closer published bombshell photographs of Hollande arriving for a tryst with Gayet on a scooter at an apartment near his official residence in the heart of Paris.

The images, accompanied by a story replete with salacious details about bodyguards being dispatched to buy croissants for the pair in the morning, dealt a severe blow to Hollande’s credibility.

Trierweiler went on to write a best-selling tell-all memoir that recounted how she tried to commit suicide in the presidential bedroom after the media revelations.

Hollande has four children from his relationship with long-term former partner Segolene Royal, a one-time rival in the Socialist party.

Gayet has two sons with former husband Santiago Amigorena, an Argentinian screenwriter and producer she divorced in 2006.

The 50-year-old — who celebrated her landmark birthday the day before Saturday’s wedding — remained a low-key presence throughout the latter part of Hollande’s difficult time in office.

The couple agreed to their first joint photo session only in 2018 once Hollande had left office, having ended his five-year term in power with record low approval ratings.

In a rare interview the same year, she described Hollande’s time as leader as a period of “crazy violence” which included a series of jihadist attacks that cost hundreds of lives.

“I tried to give energy to the president, to take care of him, to be there to listen,” she told the Journal du Dimanche newspaper.

“Since I met him, it’s given me wings,” added the star of Netflix drama “The Perfect Mother” who is an increasingly influential film producer. “I love his way of thinking, of being, his humour.” 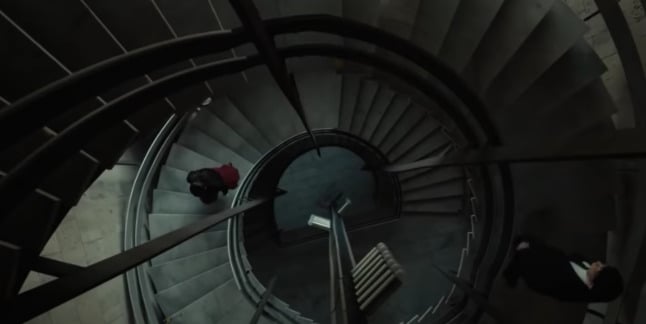 FILM
French TV and films to watch in February
Url copied to clipboard!