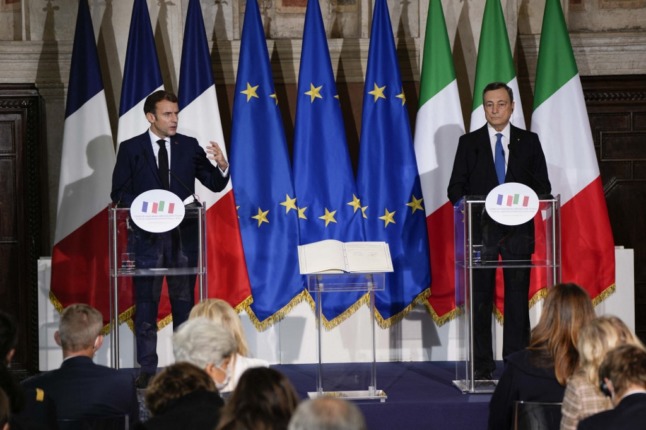 EU leaders including France and Italy’s prime ministers are moving to exclude Russia from using the Swift banking network, in a bid to step up sanctions on the country.

The move would hit Russian trade as Swift permits rapid cross-border payments and is the main means for financing international business.

Italy’s prime minister Mario Draghi spoke to Ukraine’s president Volodymyr Zelensky on Saturday to reiterate that “Italy fully supports and will continue to support the European Union’s line on sanctions against Russia, including those regarding Swift,” the government confirmed in a statement.

EXPLAINED: How Italy could be impacted by Russia’s invasion of Ukraine

Draghi added that Italy “will provide Ukraine with assistance to defend itself”.

Ukraine’s president welcomed the phone call with Italy’s political leader, stating that it marked a a “beginning” between Ukraine and Italy.

This is the beginning of a new page in the history of our states 🇺🇦 🇮🇹. #MarioDraghi in a phone conversation supported Russia's disconnection from SWIFT, the provision of defense assistance. Ukraine must become part of the #EU.

READ ALSO: How life in France could be impacted by the Russian invasion of Ukraine

From their phone call, he claimed that France says it’s “ready to supply weapons and military equipment to help Ukraine defend itself”.

Call with my French counterpart @JY_LeDrian. France supports banning Russia from SWIFT. I urged to immediately introduce the third package of EU sanctions to stop Russian invasion. France is also ready to supply weapons and military equipment to help Ukraine defend itself.

The fresh support for this sanction marks a U-turn for some EU leaders as Italy, Germany and other European nations were heavily criticised on Thursday for their reservations about cutting Russia off from the Swift international payments system.

Germany has expressed a lukewarm response to banning Russia from Swift payments, by suggesting it is open to the idea but needs to calculate the economic impact first, Finance Minister Christian Lindner said on Friday.

Russia launched a full-scale attack against Ukraine on Thursday, to which the EU has since responded by announcing various sanctions against Russia.