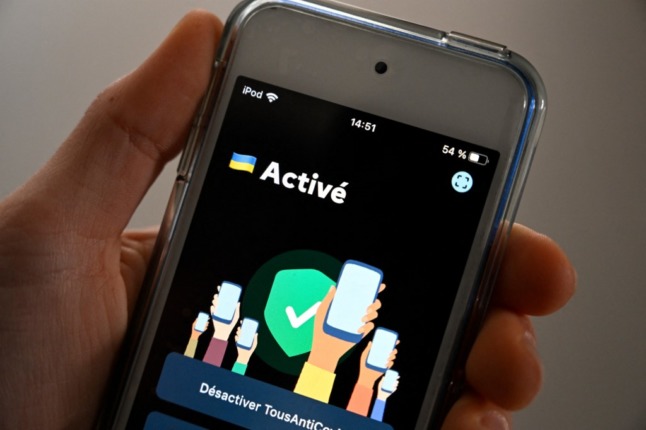 If you used the TousAntiCovid app on Friday, you might have noticed the small Ukrainian flag that appears on the top left corner of the screen.

This was not the result of a Russian hack, as some initially feared, but an act of solidarity towards the Ukrainian people – authorised by the French government. 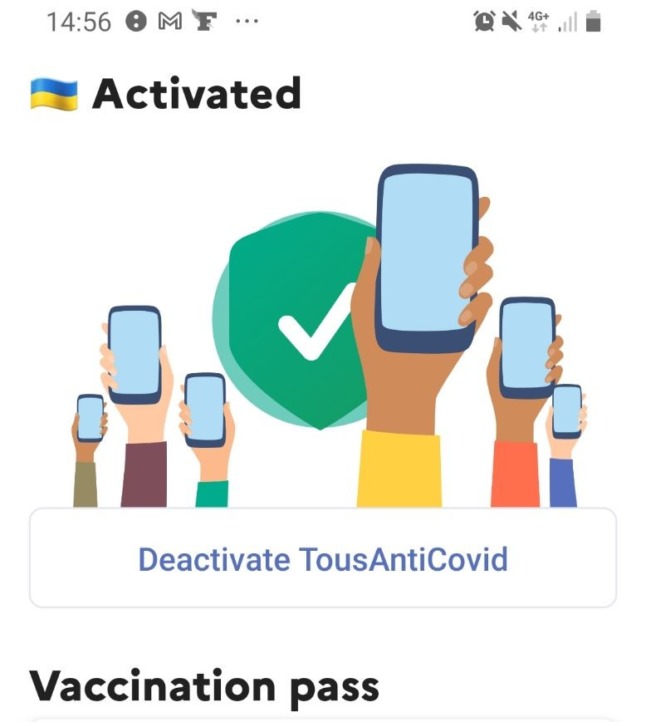 The symbolic decision to add the Ukrainian flag to the TousAntiCovid app, which is used to carry an electronic copy of the vaccine pass, comes after cities around the world illuminated their buildings in blue and yellow to show their support for the Ukrainian people.

Valérie Boyer, a Senator for the centre-right Les Républicains party, was among the many people who initially feared that the appearance of the flag was the result of a malicious cyberattack.

“A provocation of hackers highlighting the vulnerability of our IT systems and our very expensive consulting firms?” she asked.

The office of Cédric O, France’s Digital Communications Minister, has since confirmed that the flag was intended as a “message of support”. It will remain on the pass only on Friday.

It’s not the first time that emojis have been used on TousAntiCovid – the ‘mask face’ emoji often appears to remind French people of the mask rules, while a Christmas tree appeared over the festive period.

Not everyone appreciated it though – “No doubt that sticking the Ukraine flag on the #tousanticovid app will make #Putin tremble,” wrote the below Twitter user.

The Ukrainian flag will be displayed prominently on a number of French monuments over the coming days.

On Friday evening and over the weekend, the Eiffel tower will be illuminated in the colours of the flag at the request of Paris Mayor, Anne Hidalgo, who is also running for the presidency as the Parti Socialiste candidate in April.

The Hôtel de Ville in Paris was also lit up in the colours of the flag on Thursday evening. Other town halls in Tours, La Rochelle and elsewhere raised Ukrainian flags in solidarity.

@MalcolmNance I’ve been in Paris this week and yesterday the Hôtel de Ville raised Ukrainian flags & lit the front in blue & yellow in solidarity: pic.twitter.com/jTGNkHHYuC

In the northern French city of Lille, the Kharkov bridge (named after a town in northeastern Ukraine with which Lille is twinned) was rebaptised the Kharkiv bridge, adopting a Ukrainian rather than Russian spelling.

A Ukrainian flag also hung behind French President Emmanuel Macron as he addressed the nation on Thursday.

“We will respond without weakness to this act of war, with calm, determination and unity,” he said.