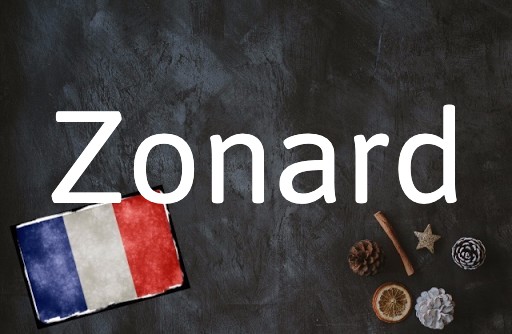 Why do I need to know zonard?

Because if someone calls you this, you probably have the right to be offended.

A zonard, pronounced zone-are, is someone who hangs out on street corners all day, confining themselves to a certain zone or area.

In France, it is typically used to talk about someone who lives and hangs out in a poor part of town.

The term zonard generally refers to young people, on the margins of society and involved in some kind of delinquency.

When describing his turbulent youth, France’s former interior minister, Christophe Castaner, once explained to Paris Match that he left home and quit high-school at 18-years-old to zoner on the streets of Marseille for two years.

The term zonard is considered offensive and incredibly snobby. Its female equivalent is zonarde.

Some French rappers have reclaimed the word zonard, wearing the label as a badge of pride.

Chloé est une vraie zonarde. Elle traine dans la rue pendant toute la journée – Chloe is a bit of a thug. She hangs about on the street all day

Obviously, none of the terms below are nice labels to call someone.

Un marginal – a person living on the margins