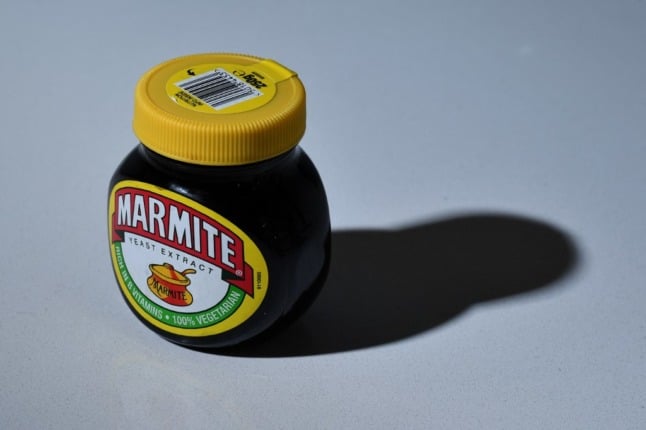 Most Brits living in France have a favourite treat from back home that they slip into their suitcase after a trip back to the UK, while second-home owners often like to bring their own supplies with them.

But since Brexit, imports from the UK now fall under the EU’s strict rules on foodstuffs and animal products.

Most of the burden of the post-Brexit system has fallen on import/export businesses, but items that individual travellers bring with them when they cross the border also count as ‘imports’ and fall under the same rules.

So what are the rules?

These restrictions are not due to customs tariffs, but come under what is known as sanitary and phytosanitary rules – measures that aim to protect humans, animals, and plants from diseases, pests, or contaminants.

The EU has strict rules in place concerning animal health and welfare standards – so for example it does not allow imports of chlorinated chicken from the USA – and on chemicals and pesticides used in food or plants.

As with most Brexit regulations, these are not new rules, it is just the first time that people or goods arriving from the UK have been affected by them.

EU Vice President for Jobs, Growth, Investment and Competitiveness Jyrki Katainen said in speech shortly before the end of the transition period: “The reality is that the EU has the highest food safety standards in the world. Free circulation of animals and food is possible thanks to a stringent system of shared controls.

“Borders are not there to add red tape or slow things down. They are there to ensure that the food we eat is not a danger for our citizens and to protect our animals and plants and thus our extremely valuable agricultural patrimony.”

The rules cover any goods brought into the EU. For businesses this means obtaining veterinary certificates for any animal product that they import.

But they also cover individuals, even if you are just importing small amounts for your own personal use.

The regulations also cover animal products sent by post – either ordered online or sent by individuals. Parcels containing prohibited items will be intercepted and destroyed at the border.

What can you bring in?

The restrictions on food cover anything that has meat or dairy in it.

So this covers products like pork pies, sausages and cheese, but also products that simply contain one of the above as part of their ingredients – which includes things like milk chocolate, fudge or fresh custard.

Covered by the prohibition on meat are;

In addition to meat and dairy, the following items are covered by the rules only if they are intended for human consumption. These are not the subject of a blanket ban, but have limits in place, usually 2kg per traveller – find the full rules here

There are exemptions for limited amounts of baby milk, baby food or pet food.

So tea bags – that popular import by Brits the world over – are OK.

Marmite, which is vegan, is allowed but Bovril, which contains beef stock, is not (although Bovril has launched a vegan alternative which would be allowed in).

If you’re fond of classic British puddings like Angel Delight check that they don’t contain gelatine, which is a banned animal product.

Most types of crisps are vegan (even the beef and prawn flavoured ones) likewise with Pot Noodles.

Bread is generally allowed (as long as it’s not spread with butter and made into a ham sandwich) but most types of biscuits and cakes are not.

Plants are also covered by the rules so this includes fresh fruit or vegetables which are banned, as are cut flowers.

READ ALSO Flowers, seedlings and bulbs – what are the rules on bringing plants into France from the UK?

Alcohol and tobacco are not restricted in this way, although there are limits on the amounts that you can bring in from outside the EU before you need to start paying excise duty – find the limits here. So if you want to bring English wine in to France, customs officials won’t stop you (although they will probably judge you).

Of course some classic British foodstuffs are available in France anyway and many supermarkets – especially in the south west where there is a large British population – have a ‘British aisle’ selling things like baked beans, Ambrosia custard and McVitie’s digestive biscuits (whose slogan in France is C’est anglais, mais c’est bon!) while if you’re in Paris or Lille there are still Marks & Spencer stores.

However these items sell at a premium and many of our readers have flagged up gaps on the shelves or a reduced selection. Marks & Spencer has closed many of its French stores citing post-Brexit paperwork nightmares and while a few remain in Paris, much of their fresh produce is now sourced in France.

The above rules relate to food and plants and constitute an outright ban. However there are other items that are allowed, but only in limited quantities.

There is a value limit on non-food items that can be brought in by individuals, above which you will be required to pay customs duties. This particularly affects second-home owners who want to bring over furniture, DIY items or fixtures and fitting for their French property – full details here.

How strict are the French checks?

Since the end of the transition period in January 2021, travel between the UK and France has been limited due to the pandemic. However as travel opens up, readers of The Local report that border checks are spasmodic.

Your luggage certainly won’t be checked every time, and the level of checks vary depending on whether you are travelling by car, train, ferry or plane, but checks do happen and plenty of readers have reported either having items confiscated or being presented with a bill by Customs agents.

Revealed: Just how strict are post-Brexit checks at the French border?

What about going from France to the UK?

The UK has delayed several times implementing its own checks, but these are due to come into force in 2022 – here’s what we know so far about how these affect individual travellers.