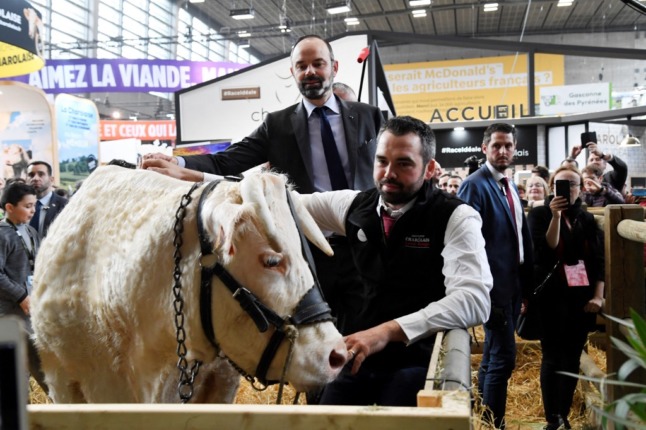 The Paris Salon de l'agriculture is ideal for those who like cattle or politicians, or both. Photo by Bertrand GUAY / POOL / AFP)

New schools protocol – Schools returning from the February holiday are able to introduce a more relaxed Covid protocol, with inside sports allowed once again and masks no longer required in outdoor areas.

The February school holidays are staggered across the country so schools in Zone B will return on Monday to the new protocol, while those in Zone A (central and south west France) return on February 29th and Zone C (south of France and Paris) return on March 7th.

Mali military – following the announcement that French troops will be withdrawn from Mali, a formal declaration will be made to parliament about the military engagement in the Sahel region of west Africa.

Reader question: Why were French troops in Mali?

Election debate – Radio France hosts an event in which 100 young people can pose questions to some of the leading candidates in the French presidential race.

Abortion law – MPs formally adopt the new law allowing women to terminate pregnancies up to 14 weeks, instead of the current maximum limit of 12 weeks.

G7 meeting – G7 leaders are scheduled to meet in a video conference to discuss the ongoing crisis in Ukraine. Also on Thursday, American and Russian ministers will meet to discuss a summit between US President Joe Biden and Russian premier Vladimir Putin, which was brokered by French president Emmanuel Macron.

Césars – The annual ceremony for the César awards – the French equivalent of the Oscars – is held in Paris.

First day of the Paris Salon de l’agriculture – the massive farm show, held at the exhibition centre at Porte de Versailles, brings together farmers and their prize-winning animals from all over France. The show also attracts presidential candidates who love to pet cows and generally show that they are men or women of the people. The show runs until Sunday, March 6th – full details and tickets here.

Finale of the Menton lemon festival in the town of Menton which nestles on the border with Italy – full details here.