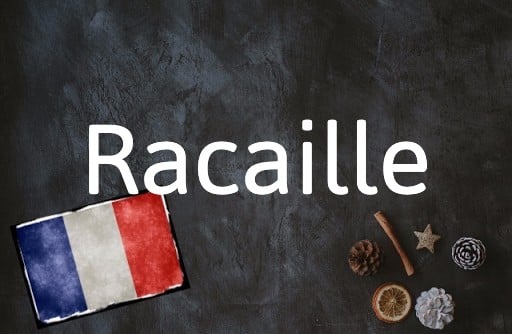 Why do I need to know racaille?

Because it is one of the most infamous slurs in recent French political history.

The Larousse dictionary defined the term as: “An untrustworthy populace; a category of people considered as vile”.

The term is obviously highly offensive, but in recent years it’s also taken on an extra political tinge.

Former French President Nicolas Sarkozy, infamously used racailles to describe rioters in Argenteuil, a Parisian suburb. After getting a hostile reception following a visit, he commented to one local resident:

Vous en avez assez de cette bande de racailles ? On va vous en débarrasser – Have you had enough of this scummy gang? We will get rid of them for you.

It was not the first time that Sarkozy had used offensive language to describe people living in France’s deprived areas and his comments were roundly condemned.

These days if someone in public life uses it, they tend to be on the right or far right of the political divide.

READ MORE From De Gaulle to Macron: A history of French presidential swearing

The word racaille itself stems from Provençal, one of the many regional dialects in France. It was absorbed into mainstream French in the 15th Century.

There is a verlan version of racaille, spelt kaïra, which is used a pejorative term to describe a poor, lazy or untrustworthy person.

On y trouve une foule de violeurs, de meurtriers et autres racaille – There are a whole bunch of rapists, murderers and other scumbags

There are a number of similar terms, all of which are offensive and should not be used in a formal context: