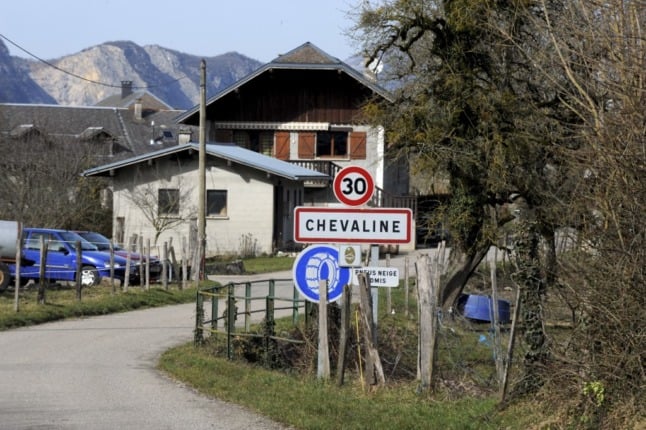 The shootings happened near the small Alpine village of Chevaline. Photo by JEAN-PIERRE CLATOT / AFP

In September 2012, Saad al-Hilli, a 50-year-old Iraqi-born British tourist and his wife Iqbal were shot dead in front of their two young daughters in a forest car park close to Lake Annecy, near France’s border with Switzerland.

Iqbal’s mother was also killed in the execution-style attack, as was a French cyclist who apparently stumbling upon the scene on a remote mountain road.

French investigators have struggled for more than nine years to identify a motive for the killings.

An unnamed man was held for questioning in mid-January, raising hopes of a breakthrough, but he was released a day later and ruled out as a suspect

“We’ll succeed thanks to scientific evidence,” she said.

Saad al-Hilli, 50, his 47-year-old wife and 74-year-old mother-in-law were killed in an isolated car park near the village of Chevaline.

Each had been shot in the head several times. More than two dozen spent bullet casings were found near their British-registered BMW estate car.

The couple’s two daughters, aged seven and four at the time, survived the attack, although the older girl had been shot and badly beaten.

Sylvain Mollier, a 45-year-old French cyclist thought to be an innocent bystander, was found dead nearby.

She said three people were working on the murder full-time.

“They decided to start from the beginning again and check all the sealed files… We’re regularly detaining people so we can close the doors, one after the other.

The man held for questioning in January had taken part in a recent reconstruction of the crime scene as a witness.

Local newspaper Le Dauphine Libere identified him as the mystery motorcyclist who had been seen near the murder site in 2012.

Prosecutors declined to confirm if it was the same man.

The motorcyclist was tracked down in 2015 after police trawled through  all the 4,000 mobile phone numbers logged in the area on the day of the murders and rang each one.