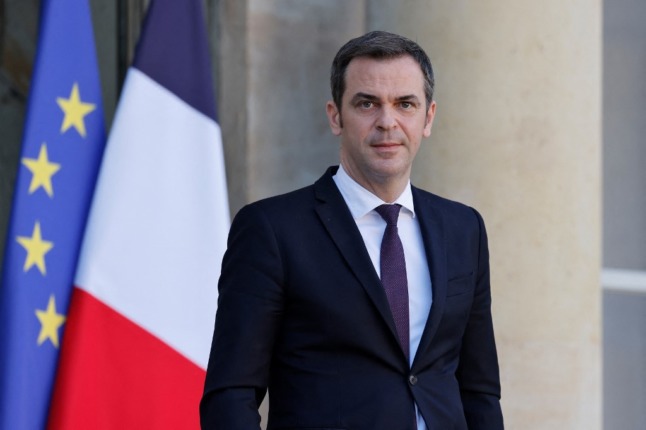 Ministers including Véran had previously raised the possibility of ending mask rules indoors by mid March, with the vaccine pass following shortly after, although he added that this would depend on the health situation.

On Thursday, while on a trip to Nantes, he clarified that these relaxations of the rules could only happen once there are fewer than 1,500 Covid patients in intensive care.

Although Covid rates in France are falling fast there is still severe pressure on many hospitals – on Wednesday there were 3,100 patients in intensive care.

Véran, speaking on France Info on Wednesday morning, raised the possibility of ending the mask rule and relaxing vaccine pass requirement as early as next month, if the health situation continue to improve.

He told France Info: “If we continue on this dynamic, we will be able to get out of the current wave in a few weeks.

“It is clearly improving everywhere, even if there are still many patients in the hospital,.

“If we follow this dynamic, 15 days after February 28th, which brings us to mid-March, we could begin to seriously consider the question of wearing masks indoors, for adults and children.

“We could also start to reduce the vaccination pass, but keep it in places that are very high risk, such as nightclubs and there it would be until late March, early April.”

The French government has already announced a calendar of relaxation of health measures, which includes relaxing the current mask rules from February 28th – from that date masks will no longer be required in vaccine pass venues (eg bars, cafés, tourist sites and ski lifts) but will still be required on public transport.

They remain required in other indoor spaces such as shops and workplaces, while children are required to wear them in the classroom.

There is currently no end date for the use of the vaccine pass – which from Tuesday has required a booster shot to stay valid – but other ministers have previously floated mid-March or early April as a possible date for scrapping it.

The Omicron-driven fifth wave of Covid continues to melt rapidly in France, with case numbers tumbling, but pressure on hospitals remains high with 3,126 Covid patients in intensive care, representing a 62 percent occupancy. 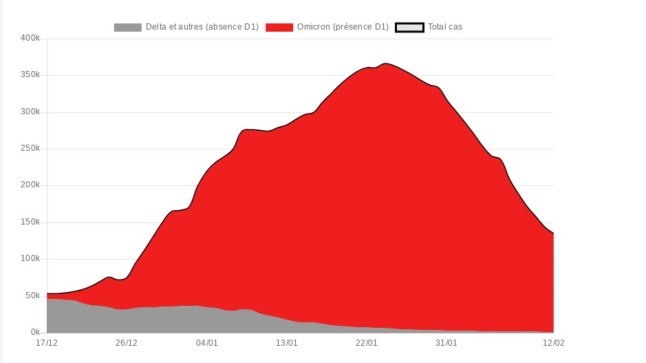 The graph from Covidtracker.fr shows the total number of cases reported in France over the past two months, with Omicron cases in red and Delta in grey. Graph: Covidtracker.fr

Government spokesman Gabriel Attal in his weekly press briefing on Tuesday reiterated that although things are improving the pressure on hospitals and health workers remains very high, with some hospitals still being forced to cancel non-emergency surgery.

Over the past week admissions to intensive care have fallen by 9 percent and Covid deaths in hospitals fallen by 10 percent, although the average daily death rate remains high at 256 people.