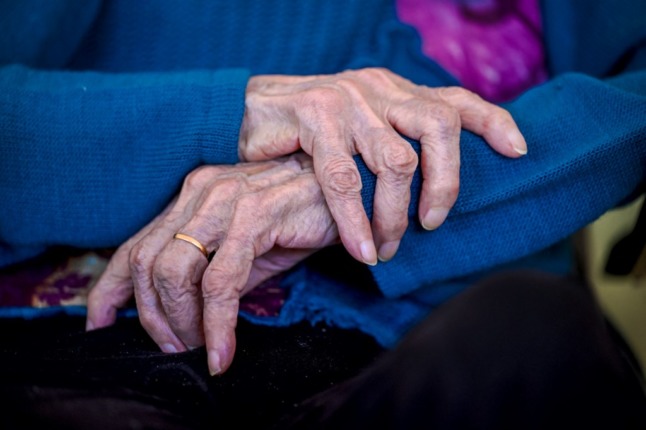 Her 118th birthday wish is “to die soon”. But in the meantime, Lucile Randon, better-known as “Sister Andre”, always keeps her door open for any visitor who might want to say hello.

Sister Andre is the oldest-known woman in France and Europe, and the second-oldest in the world after Kane Tanaka, a 119-year-old who lives in Japan.

She was born in Ales, southern France, on February 11, 1904, the year that New York opened its first subway, the Tour de France had only been run once and World War I was still a decade away.

In her room in a retirement home in the southern city of Toulon, Sister Andre has a single bed, a Virgin Mary statue and a radio which she never turns on anymore. The outside world, she says, is too stressful.

Most of the time she sits in her wheelchair, her head tilted to one side, her blind eyes shut.

Is she praying, thinking or napping? It’s hard to say. But when she speaks, her voice is present and her recollections vivid.

Her daily routine starts at 7 am when she is woken up and taken to breakfast, before being wheeled to morning mass which she, always dressed in her nun’s habit, never misses.

“It’s awful that I depend on others for everything I do,” said Sister Andre, who worked full-time until the late 1970s and took care of other, often younger, home residents until she was 100. 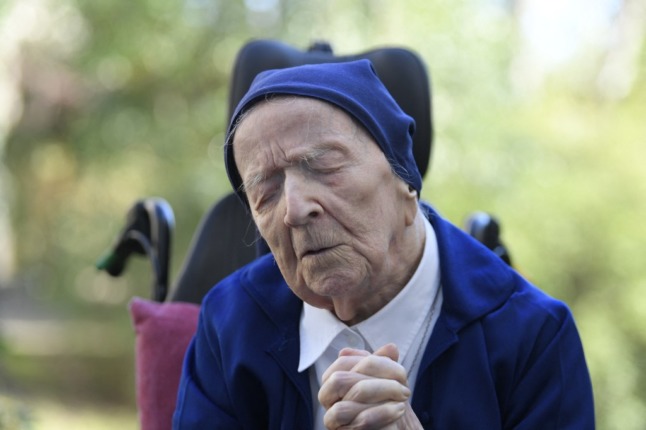 “I’m happy when I have company,” she said — especially that of David Tavella, a staffer at the home that she has been living in for a decade, and her favourite companion.

Tavella also acts as her press agent, fielding interview requests from reporters, sifting through the many boxes of chocolates sent by admirers, and checking her post.

Among her letters are handwritten New Year’s wishes for 2022 sent by Emmanuel Macron — who is the 18th French president in Sister Andre’s lifetime — which he signed off with “Yours very respectfully”.

Most centenarians are found in the world’s so-called blue zones where people live longer than average: They are in Okinawa in Japan, on the Italian island of Sardinia, the Greek island of Ikaria, the Nicoya peninsula in Costa Rica and in the Californian city of Loma Linda.

France, although no blue zone, was still home to the world’s oldest person with certified birth records, Jeanne Calment, who lived in Provence, dying in 1997 in Arles aged 122.

The man presumed to be the oldest in France also calls the south of the country home. Andre Boite is one of the very few male super-centenarians, a term defined as living beyond 110 years.

At 111, Boite still lives in his own home, likes wearing three-piece suits and stays away from reporters.

In 2015 there were half a million people over 100 in the world, with the UN saying this figure could grow to 25 million by the end of the century.

Among them is Hermine Saubion who, when reminded of her age, says: “That’s old, that’s not young, I’m holding up.”

But when she wakes up from a nap in her wheelchair at the retirement home canteen in Banon, in the foothills of the Alps, her face lights up with a smile, and she looks attentively at her visitor. 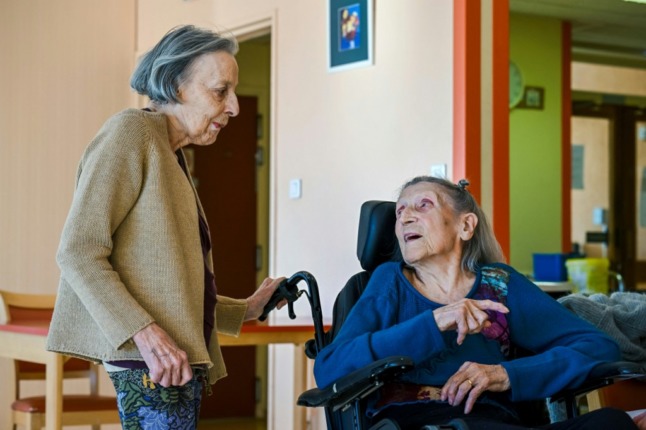 Saubion has no specific illness, but her body has gone immobile, and she is almost deaf, picking up only the occasional word, which isolates her from her surroundings.

Yet, “if we leave her alone in one place for too long, she protests loudly”, said Julien Fregni, a carer here.

Saubion, who is from Marseille and became a resident in the home two years ago, said she never expected that she and her sister Emilienne, who is 102, would live this long.

Centenarians such as Sister Andre and Hermine Saubion often get by without pharmaceutical drugs, which is “probably one of the secrets of their longevity,” said Sister Andre’s doctor, Genevieve Haggai Driguez.

“Nothing can touch her”, the doctor said of Sister Andre, whose physical shape she calls “absolutely incredible”.

Sister Andre herself puts her resilience down to the fact that she got through the Spanish flu, a deadly wave of influenza in 1918, unharmed.

She may be on to something: Researchers have observed that people born before the Spanish flu have better resistance to Covid than those born later.

Nearby, in a retirement home in Valreas in Provence, lives Aline Blain, a 110-year-old retired teacher. 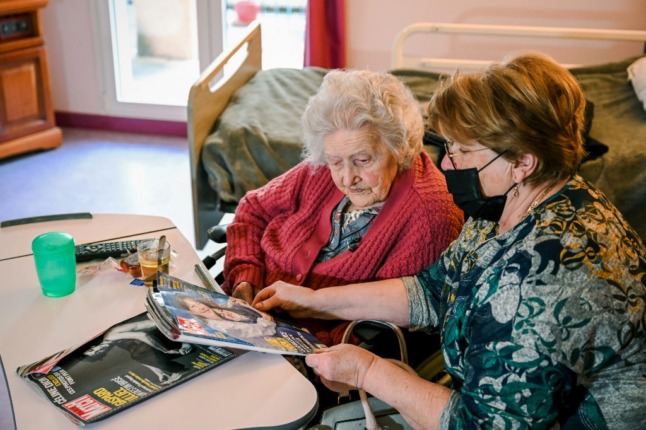 Her daughter Monique, 76, comes almost every day to look after her mother who says those visits are “the most important thing for me”.

She is among the lucky ones. Many people this old have nobody to share their life’s memories with, because most friends and family of their generation are already gone.

Their own death, meanwhile, rarely holds any taboos for the super-centenarians.

Sister Andre even admits to a certain impatience. “To be alone all day with the pain is no fun,” she said, but: “God is not hearing me, he must be deaf.”

Scientists haven’t uncovered all the secrets for a long life, but they have some idea of what it takes.

Nutritional factors play a big role, he said, with the Japanese diet of fish and vegetables found to foster longevity, just like the vegetable-based Mediterranean diet.

“We’re not certain whether these diets are truly beneficial, but we have no doubt that others, such as French fries, charcuterie and cabbage are not that good,” he said.

While good genes play a part, healthy living seems to be fundamental for anybody hoping to grow this old.

“Jeanne Calment ticked all the boxes for longevity, her lifestyle was flawless,” said Catherine Levraud, head of the geriatric ward at Arles hospital.

“She started smoking at 25, but just one little cigarillo per day, and a small glass of port in the evening. She avoided all excesses.”

Psychological factors, such as people’s general attitude towards life, are also crucial.

“We know that an optimistic outlook has a direct link to the mechanics of the immune system,” said Daniela S. Jopp, a professor for the psychology of aging at Lausanne university in Switzerland.

In her research into German and American centenarians, she found that they were often extroverts, charismatic, at ease in social situations, passionate about something, goal-oriented and able to find adaptation strategies when dealing with problems.

Hermine Saubion always insists on pretty hairstyles, such as the two little buns she calls her “devil’s horns”, while Aline Blain demands dresses and matching cardigans.

And this is how Sister Andre sums up her formula for successful life: “Find great love and don’t compromise on your needs.”