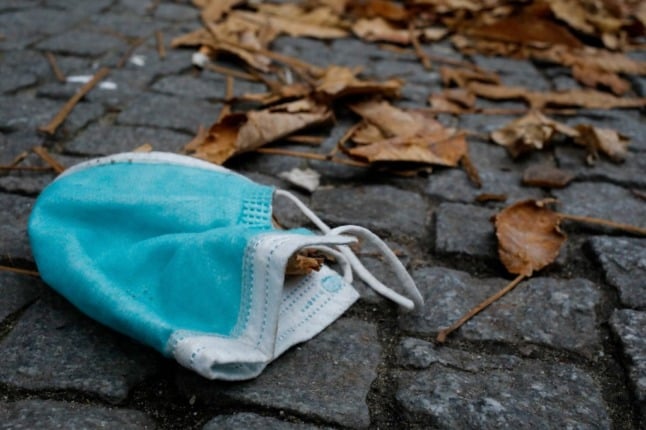 A discarded face mask lies on the floor. Mask-wearing will no longer be required in outdoor spaces in Paris from February 2nd. (Photo by DAVID GANNON / AFP)

From February 2nd it will no longer be necessary to wear a face-mask outside in the French capital. Masks are currently required in busy places such as outdoor markets, bus stops and queues.

The Préfecture de Police has issued a statement saying that masks will no longer be required anywhere outside in these places, because of an “improvement in the health situation”.

“This measure comes in the context of a marked decline in the incidence rate in the region over the last few days,” said the force.

Paris and the surrounding Île-de-France region saw high case numbers at the beginning of the Omicron wave, but now appears to have passed the peak, as the below graph from journalist Nicolas Berrod shows.

Prior to the scheduled relaxation, rules in Paris meant that mask-wearing was enforced in busy public places including outdoor markets, events with more than ten people gathered together (such as protests), bus stops, school and university entrances and outdoor queues.

While mask-wearing will no longer be enforced in outdoor spaces in Paris, the Préfecture has called on people to respect barrier gestures, such as social distancing, hand washing and use of hand gel, even when outside. In cases when it is not possible to do so, mask wearing is encouraged.

Individual event organisers and businesses reserve the right to require face masks as a condition for entry to outdoor venues.

The latest decree refers only to the city of Paris itself, but previously authorities in the Paris suburbs have followed similar mask rules.

READ MORE Where to wear a face mask in France

Nationwide, masks are still required in all indoor spaces, including on public transport, religious spaces, sporting facilities (although not while you are exercising) and venues where use of the vaccine pass is enforced. These rules apply to everyone over the age of six.

To some degree, local authorities can set their own rules on mask wearing and there is no case number threshold at while they are automatically imposed or relaxed. Some areas with low case numbers have extra mask rules while other places with high case numbers don’t. Other areas may also relax mask wearing rules outside.

The usefulness of wearing masks outside has been disputed by medical professionals and public health experts.

“The locations where we are infected today are indoor, poorly ventilated, crowded spaces,” said Antoine Flauhaut, director of the Institute of Global Health at the University of Geneva, in January.

He told The Local that 99 percent of infections occur indoors.

Antoine Flahault, director of the Institute of Global Health at the University of Geneva, told The Local in January: “The locations where we are infected today are indoor, poorly ventilated, crowded spaces. 99 percent of infections are known to occur in these locations.” 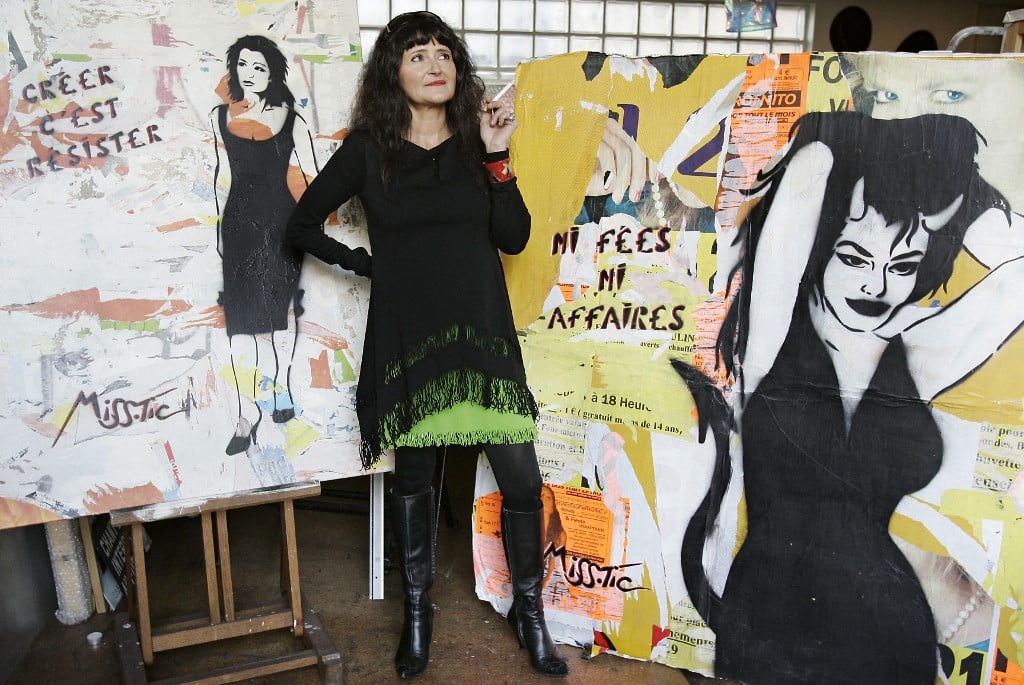