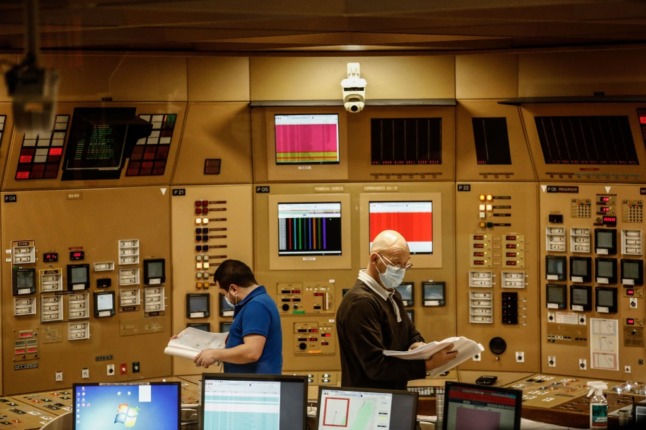 The government, which has an 84 percent stake in the electricity supplier, has instructed the company to increase the volume of electricity sold by the company at the regulated Accès régulé à l’électricité nucléaire historique (Arenh) price by 20 terawatt hours (TWh), in a bid to keep consumer’s energy bill prices down.

It will contribute, with a cut in the electricity tax, to reducing the increase in the regulated sales price of electricity on February 1,  from more than 30 percent to 4 percent, including tax.

But the plan will cost the company ‘between €7.7bn and €8.4bn, depending on market prices’ in 2022, according to Economy Minister Bruno Le Maire.

And it has come at a time when the group is already struggling with new delays for the new nuclear power plant at Flamanville in northern France and with a system problem at a number of reactors.

FNME-CGT spokesman Fabrice Coudour said four unions are “protesting against this scandalous decision to increase the Arenh ceiling, which will spoil EDF’s role and even organise the destruction of EDF”.

Meanwhile, the company’s CEO Jean-Bernard Lévy said he was “shocked” by the measure in an internal letter to managers. It has been reported that the plan will force the company to redraw its latest financial forecasts, and therefore its investments.

Employees and pensioners are also demanding an immediate catch-up of “at least 10 percent of their salaries and pensions”, according to the CGT, which claims that pay and pensions have not kept pace with inflation over the past 10 years.

“There are employees on strike at Enedis sites, hydroelectric production sites, fossil-fired power stations …  there are reductions in production without any impact on users, because this is not our goal,” a CGT spokesman told AFP.

Demonstrations are planned at a number of electricity production sites, and striker deposited electricity meters in front of the building of the Commission for Energy Regulation (CRE), which unions have accused of “endorsing the plundering of the public service”.

RTE, which operates and maintains France’s electricity network said the strike could be linked to a drop in production on Monday night “of 750 MW” on high and medium voltage lines, although this is unlikely to affect domestic power supplies.