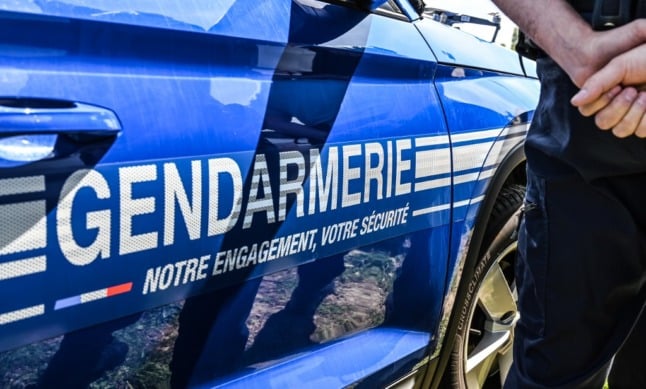 Criminals have been usurping the identity of gendarmes in the Dordogne, southwest France (Photo by Alain JOCARD / AFP)

A group of fake gendarmes in the Dordogne département have been robbing residents.

Their modus operandi is as follows: they arrive at the front door dressed in official gendarme uniforms and ask to see where the household valuables are stashed. They then grab the goods and rush away.

It is hardly like a sophisticated scene from Lupin but a number of people have understandably fallen victim to the crime, swayed by the uniform.

The Gendarmerie de la Dordogne have urged caution and recommend the following steps to avoid being robbed in such circumstances:

They have posted an example ID card on their Facebook page. This is what a French Gendarme’s ID card looks like. (Source: Gendarmerie de la Dordogne)

The card should also show the face of the officer – in the space covered by the thumb in the picture above.

If you are still in doubt, you can ring the number 17 from any mobile phone in France to verify that an officer has indeed been sent to you address.

A gendarme will not ask to enter your home except in the case that they are carrying a warrant or acting as part of an enquête judiciaire – you have the right to be informed if such an investigation has been launched against you.

Outside of these cases, the gendarme should be able to ask you for any necessary information at the door.

The recent spate of thefts committed by people pretending to be gendarmes is nothing new in France.

In 2019, the Gendarmerie of Nièvre in the Bourgogne-Franche-Comté region arrested someone accused of impersonating a gendarme and found in possession of official clothing.

The Gendarmerie Nationale is technically part of the French armed forces, but carries out considerable domestic law enforcement alongside the Police Nationale.

Those currently robbing people in the Dordogne are taking significant risks. Impersonating a law enforcement officer in France can result in a three year prison sentence and €45,000 fine.