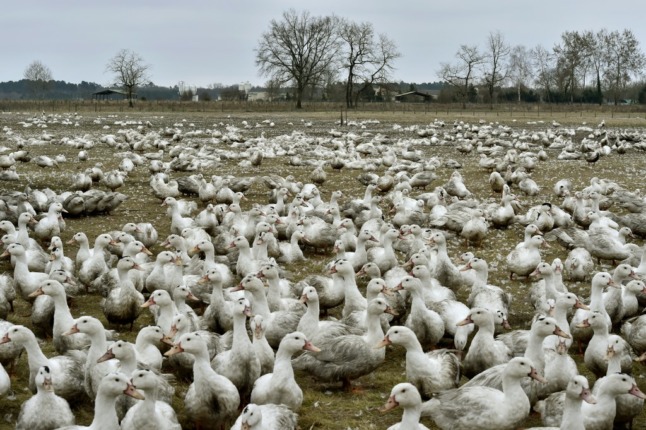 The French government said Thursday that it would cull more than one million birds in the coming weeks to fight a surging outbreak of avian flu on poultry farms.

All ducks, chickens and turkeys must be culled in some 226 municipalities in France’s southwestern Landes, Gers and Pyrenees Atlantiques departments, totalling up to 1.3 million birds.

“It will take us about three weeks to clear the whole area,” the agriculture ministry said.

By wiping out the populations where the virus is spreading, officials hope to shorten the outbreak and prevent it from reaching other poultry-raising regions.

Over one million birds have already been killed in attempts to smother the avian flu outbreak that began in late November.

Farmers in the region, famous for its lucrative but controversial foie gras liver pate, are compensated for the culled animals.

The ministry plans to requisition abattoirs and pull in large numbers of workers, including vet school students, to speed up the process.

Measures like quarantines at times of potential contact with migrating wild birds, and reduced densities at duck farms, “were necessary, but haven’t been enough,” said Herve Dupouy, a duck farmer and a farmers’ union leader in Landes.

“We’re desperate, farmers’ morale is poor. How can we look to the future beyond the situation we’re experiencing, with dead animals on our farms?” he said.