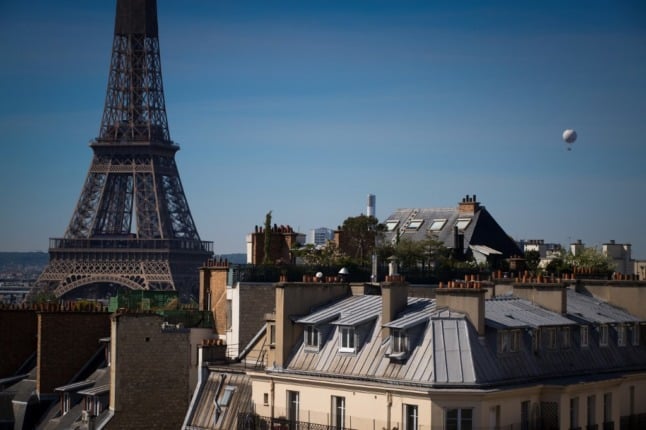 Retiring to Paris is the dream for many. Photo: Joel Saget/AFP

There are many reasons that an American may want to retire to Paris; the city is teeming with culture and history and the health coverage is incredible.

Adrian Leeds, the eponymous director of the Adrian Leeds Group told us that more and more Americans are retiring to the city.

“The number one American dream is to live in France. Anything with the word ‘French’ in it, like French toast, French manicures, is about as cool as it gets,” she said.

“It started with Donald Trump. Most expats are pretty politically left. They were upset with Donald Trump and then they realised that even with Biden as President, the underbelly of racism and white supremacy is still there.”

Her business, which helps Americans move to France and buy property, has seen its clientele quadruple over the past two years.

Making the move is both “realistic” and “feasible” according to Sara Hillhouse-Sallembien.

READ MORE Ask the experts: The pitfalls to avoid when moving to France

She is the founder of the Smart Relocation agency which helps people find property, set up utility and bank accounts and other life essentials and deal with immigration and other paperwork.

But there are some things you need to know before making the transatlantic journey.

If you plan to retire to France, the first thing you will have to do is get a visa – which is essential if you want to stay in Paris for more than three months.

“Generally, you would get a one-year visitor’s visa and then renew it every year,” said Hillhouse-Sallembien.

“You need to prove that you have the financial resources to stay in France and not be reliant on the system.”

These financial resources can include pension payments. You must be earning more than the French minimum wage – €1,269 post-tax – every month. If you’re using savings, you need a year’s equivalent – €15,228 in your bank account.

You will also need to have medical insurance that covers you abroad – at least up until you become eligible to access the French public health system (see below).

The key thing about the visa is you must apply for it in the US before moving. You will need plenty of paperwork, a visa fee of around $150 and in most cases the process will require a face-to-face interview in the nearest French consulate in the US.

For a full guide to getting a visa, click HERE.

Once here, you must apply to get it renewed at your local préfecture before it expires each year. While this can be an administrative hassle, it is the most straightforward way to remain in the country.

“There is no ‘retirement in France’ visa for Americans. I’m a ‘visitor’ renewed annually (I’ve been here 20 years),” wrote Ian Brooks, one of our readers.

You are entitled to apply for permanent residency in France after five years of living in the country continuously. But many prefer to simply keep renewing their visitor visa.

In order for your Visa application to be accepted, you will need to have international health insurance.

However, after 90 days in France, you can apply for la protection universelle maladie – universal health coverage, which is free and will cover the majority of medical costs. Anyone living or working in France has the right to do this and must fill in the following form.

“Healthcare in France is just incredible.

“Clients fear about the quality of medical care in France because they have been sold this bill of goods that tells them that American doctors are the best in the world. I tell them that it is all about profit and that they don’t realise what a bad deal they’re getting in the States.”

Because of the Foreign Account Tax Compliance Act (FATCA) legislation passed under former US President Barack Obama, it can be difficult for an American to open a bank account in France.

“We have become the pariahs of the banking industry worldwide,” said Leeds. “Banks just don’t want to go through the cost and hassle of setting up US customers.”

The law aims to stop Americans from sending money overseas before it can be taxed by the Internal Revenue Service (IRS).

“For an American, the process takes a bit longer,” said Hillhouse-Sallembien. “But when you work with a relocation agency, everything goes smoothly.”

Our readers have recommended the following banks that may accept US customers in France: BNP Paribas, LCL, Société Générale, Crédit Agricole and HSBC.

If you are turned down once by a bank, you could always try again at a different location.

“It is really hit and miss. Sometimes it depends on the branch,” said Leeds.

It is also worth making sure that your US bank allows international money transfers without exorbitant transaction fees.

Once you have opened a French bank account, it should be possible to have American pension payments sent directly to it.

More generally, do your sums before moving. Paris frequently polls as one of the most expensive cities in the world, and buying or renting property is particularly pricey.

You need to make sure you can afford to live once you’re here, so add up costs like rent/mortgage plus the cost of utilities, taxes, food and leisure activities. If you intend to keep renewing your visa every year, bear in mind that you will need to be able to meet the financial requirements – €1,200 a month income or €15,000 of savings – every year.

If you aren’t sure whether your budget can stretch to Paris, there are other areas of France that are markedly cheaper.

If opening an account can be difficult, then getting a mortgage from a French bank is even harder.

“Many banks don’t want to lend mortgages to anyone over the age of 60 – the premiums get really expensive,” said Adrian Leeds.

If you want to buy property in France, one solution is to take out a line of credit against your assets in the US.

“If you have brokerage accounts where you can park you money, that can work, but the interest rates won’t be as good,” said Leeds.

American banks will not generally give mortgages to those looking to buy in France.

Where you choose to live in Paris is largely a question of personality and budget.

“I think if a retired person doesn’t speak French, they would be best-off staying in one of the American enclaves in the 7th, 8th or 16th arrondissements,” said Harriet Welty Rochefort, an American writer based in Paris.

“The Haussmanian districts [concentrated mostly in the city centre] are the most magnificent in terms of architecture. These are areas that a lot of expats like because you have gorgeous streets and buildings,” said Hillhouse-Sallembien.

“Then you have other areas that are more bustling like the 10th and 11th arrondissements and then of course there is the Marais, with small streets, galleries and shops.”

READ MORE Seven suburbs around Paris you could potentially move to

It may be worth looking for a place in the suburbs too.

“In terms of price, you can often get bigger places for less,” said Hillhouse-Sallembien. “You might want a garden and a house, rather than a smaller apartment.”

Brooks suggested that the Hauts-de-Seine and Yvelines as two départements just outside the city that would be suitable for retired Americans. Another reader warned: “Stay away from areas popular with tourists.”

Welty grew up in Iowa and came to Paris after graduating from college in 1967 – she has stayed ever since.

She believes that learning French and mixing with the local population is important.

“You meet some people who generally stick around groups of other Americans because it makes them feel more at home. Some people will do that and be oblivious to the culture around them and quite happy,” she said.

“But you should’t come to France as some conquering hero, looking to get French healthcare and with no intention of learning the language. There is more to France than that. You should have a big stab at learning French to make the most of life in Paris.”

For assistance relocating to France, you can contact any of the experts mentioned in this story. Asking a professional agency to help you with various administrative tasks and finding a suitable property can save you a lot of time and effort.

Contact details for the Adrian Leeds Group are available here and the Smart Relocation agency can be reached through this page.

If you are interested in reading more about some of the cultural differences between France and the US, you should consider one of Harriet Welty Rochefort’s books:

Joie de Vivre: Secrets of Wining, Dining, and Romancing Like the French

French Toast: An American in Paris Celebrates the Maddening Mysteries of the French

French Fried The Culinary Capers of an American in Paris 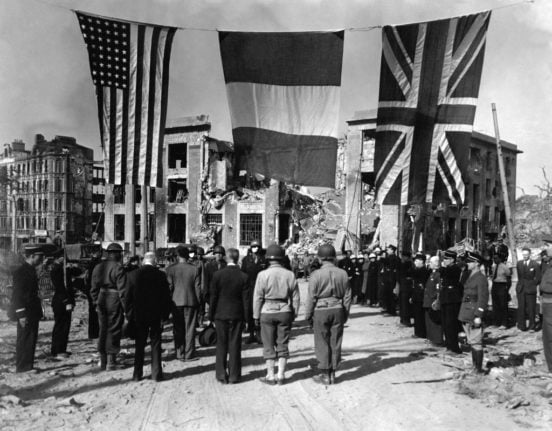