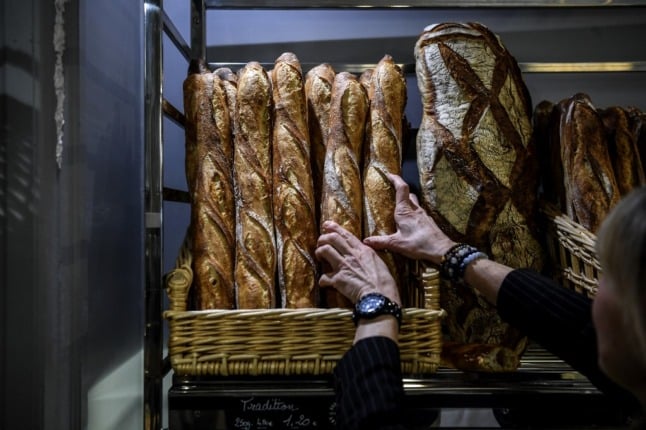 French bakers have taken aim at a major supermarket chain that is offering inflation-busting low prices for baguettes, saying the move would undermine competition in one of the country’s prized industries.

The Leclerc group said in newspaper ads on Tuesday that “because of inflation, the average price of baguettes could increase significantly. That’s unthinkable,” vowing to cut into its profit margins to cap the cost of the signature French loaf at €0.29.

But bakers, farmers and millers came together the following day to attack Leclerc for its campaign.

In a joint statement, industry organisations said the average price for a baguette, an everyday staple in French households, had reached 90 cents, driven by rising costs for flour, electricity and labour.

“Just when the government and all our professions are working to pay farmers fairly, Leclerc launches this campaign that destroys values,” they said, accusing the supermarket of “demagogy.”

Competitors “are asking themselves… who can live with dignity from these prices?” the statement continued, also noting that traditional baguette-making is in the running for UNESCO cultural heritage recognition.

“We’re trying to keep up jobs and quality, there’s a price for that,” the head of the ANMF millers’ association, Jean-Francois Loiseau, told AFP.

“We have to pay people properly, those who plant, harvest, who gather the grain and make flour, those who make the bread. What Leclerc is doing is shameful,” he said.

Christiane Lambert, head of the FNSEA farmers’ union, said that “Monsieur Leclerc will have to explain to us how and how much he pays his bakers” given the rock-bottom prices.

Leclerc boss Michel-Edouard Leclerc told business magazine Capital that prices for baguettes in his shops has been around 30 cents “for at least a year.”

“In an environment where (prices for) everything are going up and will keep going up, we wanted to send a signal that Leclerc will keep prices accessible for consumers,” he said.

“Players in this sector have to accept that Leclerc shops have control over their relationship with consumers,” he added.

“We have losses of between 30 and 35 percent on average,” said Jacques Rouchaussé, the president of the vegetable producers union, to the Parisien newspaper.

“Faced with a long drought, such as the one we are experiencing, we have little means to act.”

After a bad summer last year, farmers were expecting a good summer season since the winter frost finally spared the crops. But the lack of rainfall and water restrictions in some regions of France prevent growers from keeping fruit trees and root vegetables undamaged.

“Our products suffer from water stress and come out much smaller,” Françoise Rose, president of the fruit producers union, told the Parisien.

Although growers in the south know how to deal with very dry episodes, the real difficulties are in the regions used to having rain regularly, said Laurent Grandin, president of Interfel, the union for both fresh fruits and vegetables.

“Our sector is not in a catastrophic state as a whole, some areas are suffering more than others,” he added.

“We have to return to a seasonality, we cannot have tomatoes all year round. The consumer must also show frugality,” said Jacques Rouchaussé.

The consumer association Familles Rurales has already recorded an 11 percent increase over one year in fruit and vegetable prices. With smaller quantities and lower quality products, this trend is set to continue in September, including for processed products, such as tomato sauce or tinned soup.

With more violent episodes of frost or drought, producers need to adapt to a changing climate.

In the short term, producers are talking about the use of wastewater. They want the establishment of “retention basins”, made up in winter with rainwater in particular and usable in the event of drought in summer.

Another mitigating option to limit the impact of sweltering heat would be to invest in equipment to protect orchards and vegetable gardens such as so-called cold shelters.

“We must all act so that our professions and our cultures remain, said Jacques Rouchaussé. “Otherwise, we will grow tomatoes in the north and the south will only be able to grow rice!”