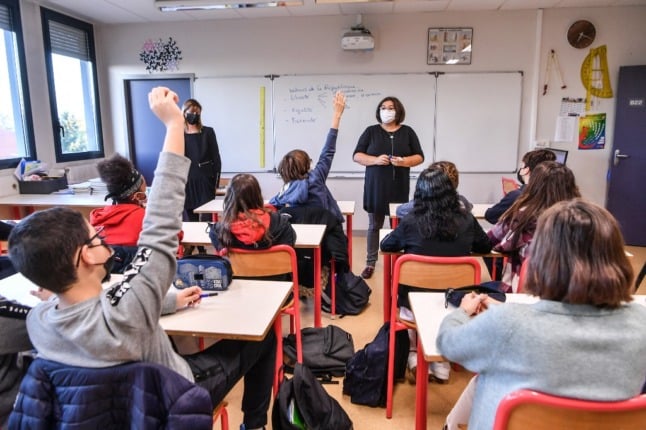 It is in protest over ‘inconsistent measures’ regarding the health of staff and pupils during the Covid-19 pandemic.

Their call has been backed by the parents’ group Fédération des conseils de parents d’élèves, who called for a ‘day of protest’ on Thursday in which parents keep their children off school.

They are appealing to make Thursday a journée blanche – or void day – in the school calendar.

The SNUipp-FSU blamed Education Minister Jean-Michel Blanquer for easing health rules in French classes a matter of days after they were introduced, and called for a return to the old situation of a single positive Covid test leading to the closure of classes, and close contact testing among families, as well as a policy of systematic weekly saliva tests.

“The Minister boasts of keeping schools open to dress up his political choice to make schools a daycare centre, to allow parents to go to work, in defiance of the health of staff, children and their families,” the union said.

When pupils went back to school on January 3rd, new rules stated that primary school pupils and vaccinated pupils over 12 needed to take an antigen or PCR test on the day a positive Covid-19 case was recorded in their class, and follow that up with self-administered tests on day two and day four.

This process was required for each new case. Under the new rules, no additional testing is required if further cases are detected during the three-test cycle.

Unvaccinated children over 12 have to self-isolate for seven days on the detection of a Covid case in their class.

But unions have criticised the measures and accused Blanquer of not listening to their concerns: “During the health meeting yesterday (Thursday), the minister remained deaf once again to the demands made by the trade unions to protect schools.”