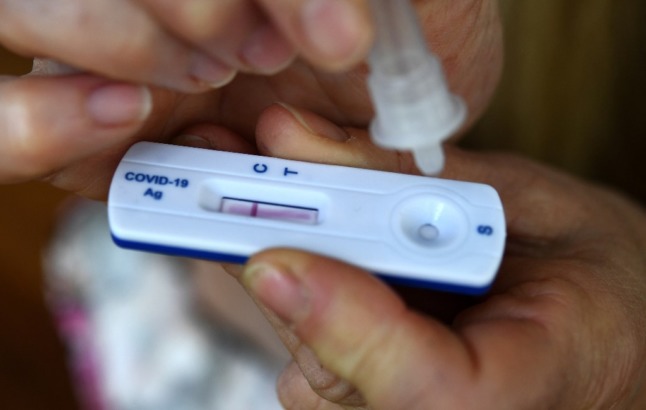 Pharmacies in France 'have sold as many self-tests since December 15 as they had in the previous five months'. Photo: Fred Tanneau / AFP

Véran told a parliamentary hearing that 208,000 positive cases had been recorded, up from 179,807 cases recoreded by Santé Publique France on Tuesday, December 28th.

Véran had warned at a press conference on Monday that: “Everything suggests that we could reach more than 250,000 cases per day by the beginning of January.”

Reporting of data can be patchy over public holiday periods but the seven-day average for new daily cases – considered the most reliable measure – now stands at 87,500, a 61 percent week-on-week increase.

The holiday period has also seen a big increase in testing, with the government advising anyone who is planning to travel or get together with friends and relatives to take a test first.

The surge in cases comes as demand for testing soars over the festive period.

The rise in demand has prompted authorities to allow supermarkets to sell Covid-19 self-test kits until the end of January 2022 – normally pharmacies hold a strict monopoly on the sale of medical products.

A decree, published in the Journal Officiel, states: “Within the context of the significant rise in the incidence rate, due to the spread of the Delta and Omicron variants, and unprecedented rise in demand for tests, there is good reason to diversify supply chains and sales of self-tests.”

According to the Union des syndicats de pharmaciens d’officine, nearly six out of 10 pharmacies are reporting stocking issues for self-tests. A spokesman told the Journal du Dimanche that pharmacies had sold as many self-tests since December 15th as they had in the previous five months.

Supermarket chains are expected to offer the tests at ‘cost price’, about half the price of pharmacies, where costs are capped at €6 per test. 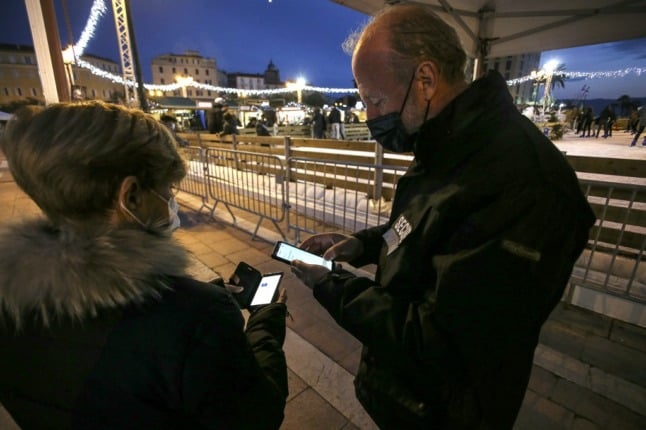 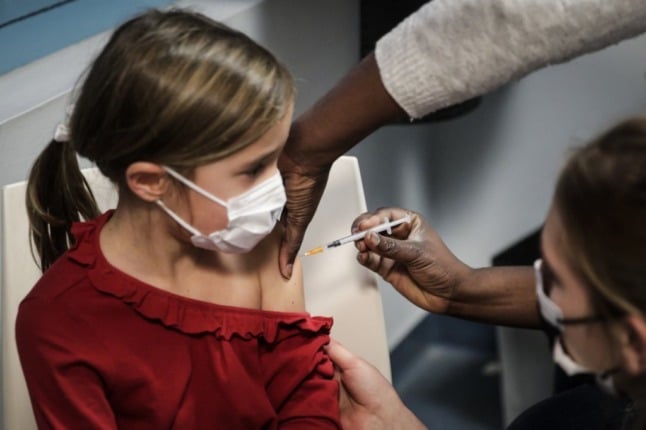 COVID-19 VACCINES
EXPLAINED: How children aged 5-11 can get the Covid vaccine in France

France has seen a huge increase in the number of Covid-19 infections in recent days.

Hospital admissions and admissions into intensive care are also on the rise, but the number of Covid-related deaths has not risen.

Here is what you can expect for the coming weeks:

Cases to continue rising – For the moment the number of cases is expected to continue growing sharply, with variants BA.4 and BA.5 currently representing over 75 percent of cases in France.

However, even though infections continue to rise sharply (around 60 percent up on last week), the rate of growth appears to be slowing in recent days, accoridng to French data scientist and founder of the Covid Tracker website Guillaume Rozier.

“This [current] stability in cases is an encouraging sign, because the number of cases had been increasing for the past month. There is usually about a three week lag between the peak in cases and the peak in deaths deaths. We still have to be cautious and wait for another week and a half,” said Rozier in one of his regular Twitter threads.

In contrast to the peak of infections during the fifth wave last winter, which saw over 500,000 cases reported a day, this wave is currently seeing an average of 100,000 cases per day, though the peak has not yet been reached.

If you test positive while in France, here is a guide of what to do.

Likely peak in late July – The seventh wave may reach its peak by the end of July in France, estimated Professor Jean-François Delfraissy, the president of the Scientific Council, on June 30th. The wave is likely to continue being fuelled by Omicron sub-variants, BA.4 and notably BA.5.

Regarding the number of hospitalisations, Marc Lavielle, a professor and researcher with the French National Institute for Research in Digital Science and Technology explained that we are “in a fairly steady pattern of exponential growth,” meaning that the “number of hospital admissions doubles every two weeks or so.”

This represents a much slower pace than at the beginning of the epidemic, when the number doubled in only three days. However, Lavielle warned that without restrictive measures the increase could accelerate. Deaths are currently at about 40 per day, but it is important to note that the deaths usually lag infections by three weeks.

In comparison to the end of June in 2021, only 22,000 cases were detected per day, whereas this summer saw around 70,000 per day at the end of June. Nevertheless, this wave has so far seen a lower number of admissions into critical care than last summer’s wave that was fuelled by the more dangerous Delta variant.

The severity of this variant and wave – So far, symptoms associated with this current wave are “standard for Omicron,” while the duration of symptoms seems to last a bit longer. Currently there is no data showing variants BA.4 and BA.5 are more dangerous than other variants in Omicron family, though evidence shows they are spreading faster. Mortality is also not higher than other variants based on current data.

“The main symptoms associated with BA.5 are fairly standard for Omicron: fatigue, cough, fever and headache. However, the likelihood of experiencing loss of taste or smell is higher than with BA.2,” explained Yannick Simonin, virologist and researcher at the University of Montpellier. He added that infected people also seem to be experiencing nausea, vomiting and diarrhea at higher rates.

The duration of symptoms for BA.5 appears to be closer to seven days, rather than four days, which was common for previous Omicron sub-variants.

Ultimately, there is “currently no field data showing this sub-variant is more lethal than others in the Omicron family.”

How concerned should we be?

Based on observations from countries who have already experienced a BA.5 wave, like Portugal and South Africa, so far this wave has not caused a serious over-saturation of hospitals. H

However, there has still been significant increases in hospitalisations due to large number of cases. Therefore, experts recommend staying vigilant by wearing masks in enclosed spaces and crowded areas, as well as getting a second booster if eligible. So far, only 31 percent of over 80s have received their second booster shot.

No return of health pass in metropolitan France.?

The president of the National Assembly announced over the weekend that France’s Covid-19 health pass, rolled out in the summer of 2021 to allow vaccinated individuals entry to bars and restaurants or cinemas, will not be renewed on August 1st.

Lawmakers are set to go over the bill concerning the country’s health security on Monday, July 11th, which is likely to extend some “essential provisions to face the continuation of the Covid-19 epidemic,” according to government spokesperson Olivier Véran.

COVID-19 VACCINES
EXPLAINED: How children aged 5-11 can get the Covid vaccine in France
Url copied to clipboard!