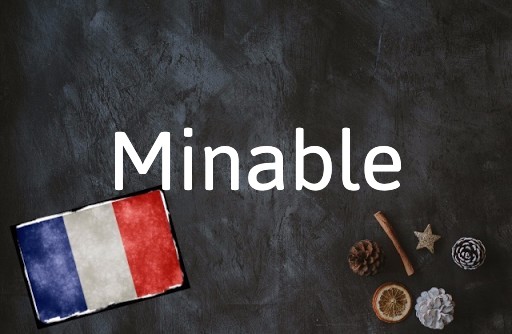 Why do I need to know the word minable?

Because some might say it’s an ideal adjective to describe British Prime Minister Boris Johnson, in both appearance and performance, to French friends and acquaintances who are just learning about all those Christmas parties he has been hosting.

Minable (pronounced meen-aah-bluh) means miserable, sorry, mediocre, wretched, and shabby. It can also describe a person or a group of people as second-rate, pathetic – a dead loss.

It comes from the verb miner, “to mine”, and is used to describe how someone or something is drained, or undermined.

You could also use any one of the following: pitoyable, lamentable, déplorable, misérable…