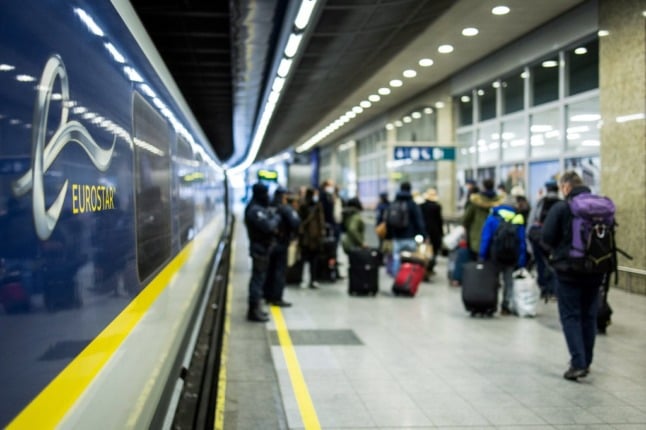 Are even fully vaccinated passengers affected by these rules?

Yes. The French government has made it clear its statement on Thursday that the new rules apply to both vaccinated and unvaccinated travellers.

The UK is still officially classed as an orange country in France’s traffic light system. Whilst there have been tighter rules for travel to and from orange countries for non-vaccinated passengers, the French government now groups them together under the new rules for the UK.

So basically, starting at midnight Saturday (2300 GMT Friday), the French government said, travellers will need “an essential reason to travel to, or come from, the UK, both for the unvaccinated and vaccinated.”

So what is an essential reason for travel?

The list of motifs impèrieux or compelling motives for travel are clearly laid out by the French government and we cover them in this article here.

But it’s confusing because they are different for whether you are travelling from France to UK and from the UK to France.

But what about family members and partners?

This has been a point that has confused many. Whilst French nationals, residents of France and EU nationals heading to France could all bring close family members it wasn’t clear if British nationals in France could bring their French family to the UK.

But the French government’s attestation or permission form suggests they would be covered under essential reasons as can been in the form below.

“French nationals or foreigner  returning to the country of residence or origin (without guarantee of returning to France unless they have an essential reason) as well as their partners and children,” reads the form.

This then appears to cover the many Britons who want to head to UK with the partners and children for Christmas.

However bear in mind the French government is asking people to postpone their trips and it has said clearly that trips for “tourism and professional” reasons are not allowed. Is visiting family at Christmas tourism?

What about transiting through France to from another country in Europe?

A few people have asked if they can drive via France to the UK and back from countries like Switzerland or Italy.

Again the answer is not quite clear.

The list of compelling reasons for travelling from UK to France includes people transiting the country for “less than 24 hours” or EU citizens returning home to another country in Europe. See below two valid motifs impèrieux:

However there is nothing similar in the list of compelling reasons to travel via France to the UK.

Again we have asked for clarification. If you are in this position you may just have to explain your situation to the border police at Calais and hope they let you pass.

What kind of test do I need to travel to France from UK?

Those who fit into the essential travel criteria and still plan to travel to France must take an antigen or PCR test at least 24 hours before their departure. This window has been shortened from 48 hours.

Getting PCR test results in such a time frame can be extremely difficult in the UK. Travellers must get tested by a private certified test provider – and not on the NHS.

These tests can be self-administered as long as the results are verified by a lab and the travel certificate provided by testing company contains all the relevant information such as time and date of test and the name of the lab. Travellers are urged to check with their testing provider that the certificates will meet the criteria for travel to France.

The rules say “all” travellers need a test, even children?

So how many tests do I need for a return trip from France to the UK?

It’s gone up from one to three or four in a matter of a couple of weeks. They are as follows:

How long is the mandatory quarantine in France?

All arrivals in France must quarantine for a minimum of 48 hours.

Technically, this quarantine period extends to 10 days but people can choose to take a test after arriving in France and if the result is negative they can end self-isolation after 48 hours.

Initially the French government said the quarantine was for 7 days but the ministry of interior has since updated the information and it specifies 10 days. What is this online platform we need to register with?

The French government said all travellers from the UK will have to sign up on an online platform before their departure to France. They must mention where they will be staying for the period of self-isolation.

On Friday morning the French government published a link to the platform here. Law enforcement authorities may check at the address you have listed to ensure you are not breaking quarantine rules.

How long will the restrictions be in place?

No date, even a provisional one, has been given for an end date to the travel restrictions.

Why is the French government introducing these restrictions now?

The UK has recorded a record number of Covid cases on Wednesday – close to 79,000. The new Omicron variant is thought to responsible for about one quarter of them, while the rest are mostly Delta infections.

Relatively lax restrictions in the UK have contributed a rapid spread of the virus there.

The French government meanwhile has adopted a more stringent Covid policy since the start of the pandemic.

So far, France has detected only 240 cases of the Omicron variant. Officially, the new travel restrictions have been brought in to avoid further contagion, from a strain that French officials say is spreading “extremely rapidly” in the UK.

France is thought to be approaching the peak of the fifth wave. It does not want to see its efforts, like strengthening health pass rules, enforcing mask wearing or encouraging limited social interactions over Christmas, derailed.

Do the new travel rules apply to Brits in other European countries who plan on visiting France this Christmas?

The new travel rules apply specifically to people travelling from the UK, not British citizens as such.

Are British tourists in France allowed to return to the UK?

Although you will need to book a Day 2 test before leaving for the UK, fill out a passenger locator form and take a pre-departure test.

This can be either a PCR or antigen test and must be taken within 48 hours of departure time. Click HERE to find out how to access Covid tests in France.

All travellers to the UK, British or otherwise, are required to fill in this form before departure.