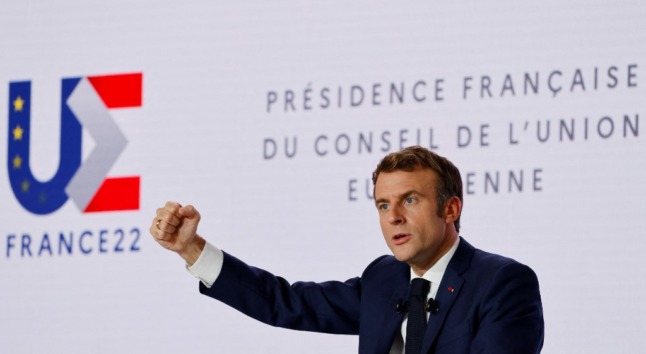 French President Emmanuel Macron is to become the President of the Council of the European Union in January.

In a speech on Thursday, he outlined his objectives, pledging that France would work towards building a strong and “sovereign” European Union. Part of this would entail reforming the Schengen area.

But what is the Council of the European Union?

It is not the same as…

This brings together Heads of State and government of the 27 Member States and defines the overall political direction and priorities of the European Union. Its current President is Charles Michel, who took office on December 1, 2019, replacing Donald Tusk.

This is an intergovernmental organisation made up of 47 Member States. Founded in 1949, the Council of Europe promotes human rights, democracy and the rule of law. Its seat is in Strasbourg and its Secretary-General is Marija Pejčinović Burić.

So what is it?

The presidency of the Council of the European Union rotates among EU member states every six months. Macron takes over the from January 1st, 2022. His job will be to chair its meetings. Should Macron lose the 2022 election, his successor will take over for the rest of the term.

The purpose of the rotating rather than permanent or elected presidency is to ensure cooperation between all member states. In the early years of the EU, when there were fewer Member States, each country held the six-month presidency every three years. Today, with 27 members all getting their turn, the role comes around every 13 years.

What can France hope to achieve in that time?

Although France will hold the presidency directly for just six months, it will work with the two nations that follow it in the cycle to develop an overall 18-month programme before a new ‘trio’ of nations takes on the job.

France is the first of the latest ‘trio’. It will work with the Czech Republic and Sweden, which will take over the presidency directly in six months and twelve months respectively, to align objectives and set priorities.

The cycle that is coming to its conclusion was presided over by Germany, Portugal and Slovenia.

What does it mean for Emmanuel Macron?

That’s hard to say. Although he has not yet declared his intention to run for a second five-year stint at the Elysée, he is widely expected to be involved in the race for the French Presidency in April. This European role could be both a help and a hindrance.

He may use the presidency to provide an EU-centric, europhile platform for his campaign – if he runs. But that could work against him if rivals manage to keep the debate focused on the French economy, national security and immigration, or other mostly domestic issues.

And, while he will be able to use the presidency to influence decisions at an EU level, it’s unlikely bordering on impossible for him to be able to trumpet a major EU success during any election campaign. The wheels of EU politics and decision making just don’t move that fast.