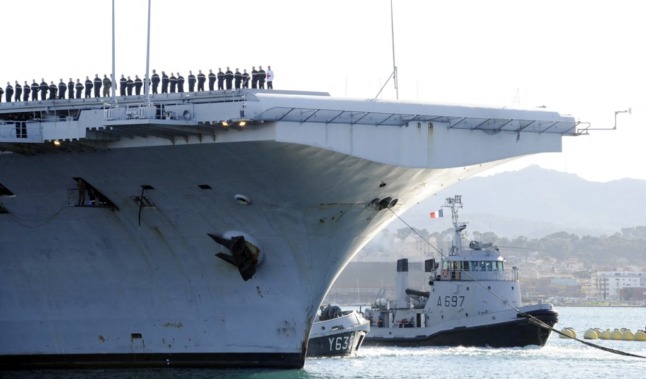 The picture shows a frigate at Charles-de-Gaulle harbour, in Toulon. The French ships would be delivered to Greece in 2024. Anne-Christine POUJOULAT / AFP

“Since we have been in discussion with the Greeks, the American offer is no longer on the table… We also signed the contract with the Greeks. It was initialled a few days ago,” the armed forces ministry told AFP.

The United States Defense Security Cooperation Agency had said on Friday it had approved the sale for $6.9 billion of four Lockheed Martin combat frigates, known as multi-mission surface combatant ships, a similar deal to that offered by Paris.

The French ships would be built by Naval Group for delivery beginning in 2024.

The latest upset came only months after the shock announcement on September 15th that ruptured relations between Washington and Paris, when the United States wrested away a massive submarine contract for Australia.

France recalled its ambassadors to the United States and Australia and labelled it a “stab in the back” by an ally when Canberra ditched a longstanding deal worth billions of euros to buy conventional French submarines for US nuclear-powered vessels.