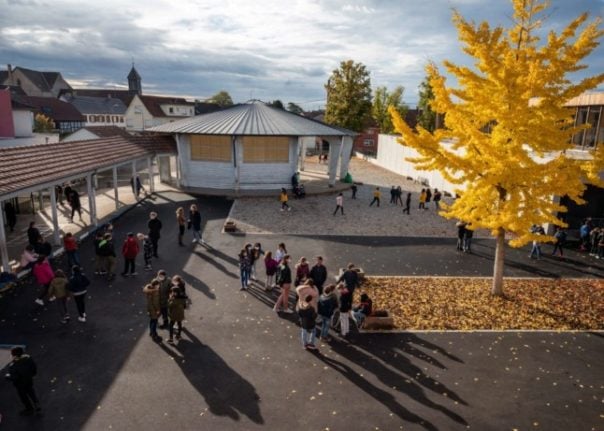 The proposals won support from Education Minister Jean-Michel Blanquer and are expected to be backed by a majority of lawmakers from President Emmanuel Macron’s ruling coalition and the right-wing Republicans party.

“We will never accept the lives of our children being shattered,” Blanquer said during a debate, calling the draft law “a way of enforcing the values of the republic.”

As well as increasing resources for prevention and education, the legislation would create a new crime of “school bullying” which would carry a maximum three-year jail term and a fine of up to €45,000, depending on the severity of the case and the age of the culpit.

In cases that involved the victim committing suicide, or attempting to, the punishment could be up to 10 years in prison.

Several bullying cases that have ended in tragedy have made headlines in France this year, including the suicide of a 14-year-old girl in the eastern Alsace region in October who was harrassed after she confessed to classmates that she was gay.

In March, the body of another 14-year-old girl was found in the river Seine in Paris.

She had suffered severe bullying from fellow pupils after photos of her in her underwear were stolen from her phone.

She was then allegedly attacked and murdered by two teenagers who were arrested afterwards.

Left-wing opponents of the government criticised the proposed law.

Sabine Rubin from the France Unbowed party called it a “illusionary and demagogic over-reaction.”

“We are not in favour of criminalising minors and increasing repression,” Michele Victory, an MP from the Socialist party, said ahead of Wednesday’s parliamentary debate.

Bullying can already be prosecuted in France under laws criminalising harassment, opponents say.

Erwan Balanant, an MP from the centrist MoDem party who drafted the legislation, said the law would have “a pedogogic value.”

“The idea is to engage with the whole of society,” he said.

As many as one in ten French school pupils suffer from bullying at some time, surveys show, and experts say the age-old problem has changed in nature because of mobile phones and social networks which often cause public humiliation for victims.

France’s first lady, Brigitte Macron, who is a former teacher, has made combating bullying a focus of her charity work since 2017.