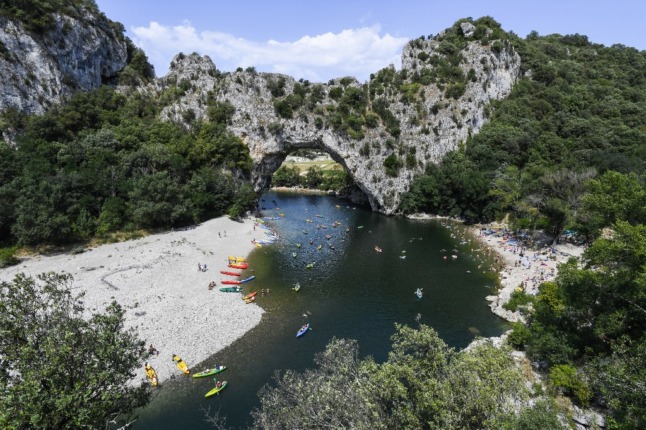 The famous arc of Ardèche - the French département with the highest Covid incident rate. (Photo by PHILIPPE DESMAZES / AFP)

On Tuesday, health minister Olivier Véran announced that there had been 47,000 new cases detected in the previous 24 hours. Case numbers are often high on Mondays and Tuesdays due to a lag in reporting from the weekend, but the weekly average – considered a more reliable way to measure the data – also shows an increase of 60 from the previous week.

Between November 21st-27th, there were 307 Covid cases per 100,000 people. In Paris, this figure climbs to 435 per 100,000. The official data points to significant regional differences in this incidence rate.

It is worth noting that many of the départements with higher than average incidence rates cover vast rural areas. The small population sizes means that a single case of Covid detected has a greater impact on the départemental percentage.

Officially, the French overseas territories of Mayotte (22 cases per 100,000 people) and Guyane (89 per 100,000) have the lowest infection rates. It is possible that the relatively youthful populations of these places, the climate and a lack of testing are behind these low figures.

Although France’s high vaccination rate is protecting many people, rates of hospitalisation and deaths are also climbing.

How is the government doing?

The French government recently revised its policy on booster shots, the health pass, masks and testing – you can find a full breakdown of the new rules here.

A representative poll of more than 1,000 people, conducted by Ifop-Fiducial and released on Tuesday, found that 43 percent of the population approved of French President Emmanuel Macron’s handling of the pandemic.