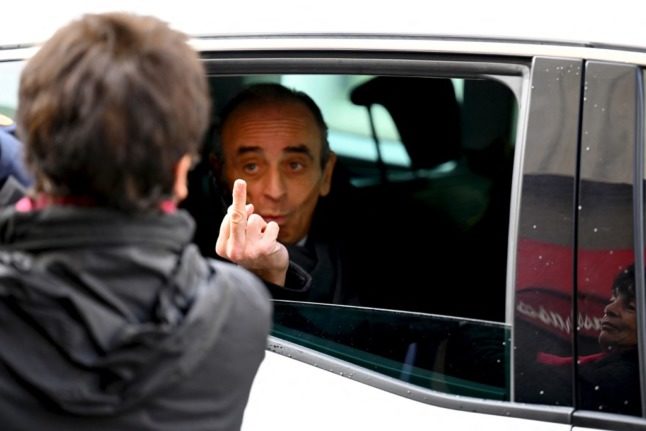 French far-right media pundit Eric Zemmour returns the offensive gesture to a woman who had made the sign at him as he leaves in his car after a visit in Marseille, southern France, on November 27th, 2021. Nicolas TUCAT / AFP

Zemmour has yet to formally declare he is standing in the 2022 elections but intense campaigning has left little doubt over his intentions and some polls had suggested he could make it to a second round against President Emmanuel Macron.

But tensions have been mounting in the Zemmour camp as the most recent polls suggested the support of the far-right commentator was beginning to wane in favour of the traditional standard-bearer on the far-right, Marine Le Pen.

Leaving a restaurant in the southern city, Zemmour was given the finger by a passer-by and responded himself with an identical gesture, an exchange captured by an AFP photographer.

A source close to Zemmour, who asked not to be named, told AFP that the gesture was “instinctive”, an action for which he assumed full responsibility.

“He told us ‘I was insulted, I was shown the finger so I responded’,” said the source.

France’s Europe Minister Clement Beaune, a close ally of Macron, told LCI TV that the gesture had shown the “true face” of Zemmour, who won notoriety as a commentator for his strident attacks on Islam and immigration.

“It is the lack of the respect, the division, the hatred and the violence,” he said.

‘Anti-racist Marseille’
Zemmour’s trip to Marseille ran into trouble from the start: arriving on Friday he got off the train early in the nearby town of Aix-en-Provence to avoid protesters at Marseille station.

Attempting a 15-minute walkabout in Marseille, he was shouted down by protesters chanting “anti-racist Marseille”.

A walk planned for Saturday in the famed Vieux Port waterside area of the city was cancelled.

A source close to Zemmour however insisted there was “not the slightest doubt” he would declare his candidacy.

“We are just waiting for him to press the button,” said the source.

There has been speculation that his candidacy could be announced in the coming days before Zemmour gives a major address in Paris on December 5th.

Macron has yet to declare his candidacy — but is widely expected to do so early next year. The traditional right-wing Republicans are due to announce their candidate at a congress on December 4th. 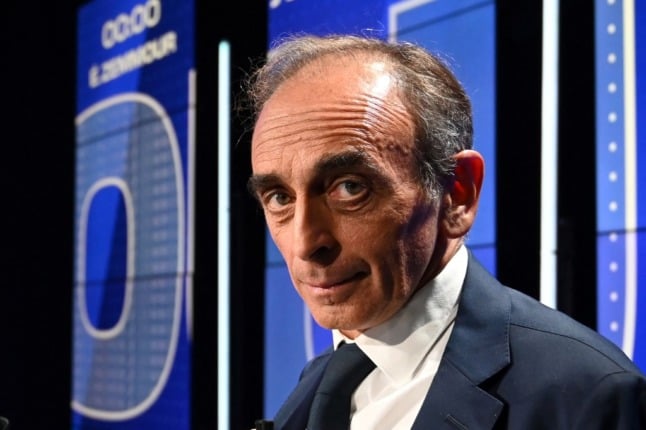