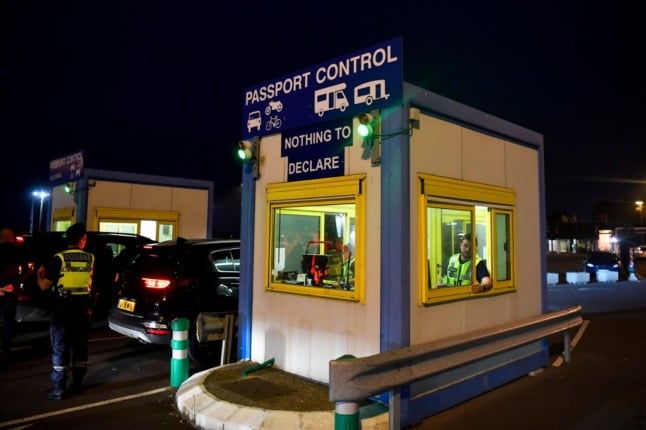 The issue of passport stamping has been causing concern for UK nationals who are residents of France, since many have reported having their passports incorrectly stamped as visitors on entering or leaving France, in some cases even after pointing out the mistake to officials.

But now one British resident of the Hérault département of southern France has reported how she was detained, questioned and fined at the border after her passport was incorrectly stamped as a visitor.

Since the end of the Brexit transition period, the passports of British visitors are stamped on entry to and exit from France, allowing border officials to calculate their 90-day limit in the country.

This should not, however, be the case for Brits who have residency in France, to whom the 90-day rule does not apply.

LATEST Should Brits living in France have their passports stamped?

Photographer Kerry, however, fell victim to this as she travelled from her local airport of Montpellier to a shoot in the UK.

Kerry, who has lived in France for five years, applied for her carte de séjour residency card before the deadline of September 30th but is yet to receive the card itself, although she has an appointment at her local préfecture to give fingerprints. The deadline to actually be in possession of the card is not until January 1st 2022.

She said: “I travel a lot for my work, although obviously less over the last 18 months, but I went to the UK in July and when I came back into Montpellier my passport was stamped.

“I didn’t think it would be a problem because I have the email showing that I applied for my carte de séjour, plus an email from my local préfecture confirming my appointment to go and give fingerprints and a photo.

“But I was leaving Montpellier last week to go to Gatwick for a shoot, and when I showed my passport to the official at the airport he told me I had over-stayed my 90 days.

“I was taken into an interview room with three officials and a woman started shouting at me telling me that since Brexit Brits can’t just come and go as they did, they have to abide by the 90 day-rule.

“I’m fully aware of the rules, but as someone with residency the 90-day limit doesn’t apply to me. I tried to show them the emails but they weren’t interested and said they didn’t count as official proof of my residency status.

“In the end I had no choice but to pay the fine if I wanted to get on the flight.”

As well as being fined €198 by the Douanes Françaises for a passport violation, Kerry’s passport also received an extra stamp showing that she had been fined for overstaying – something that could create further border difficulties when she next travels.

She said: “I have my appointment at the préfecture next week so hopefully I will have the card soon, but it was a really scary experience, especially as I need to be able to travel for my work.”

Kerry had first applied for her carte de séjour back in October 2019 – on the no-deal site that was briefly open – applications from this site were transferred onto the new website that opened in October 2020, but it appears that Kerry’s was not transferred correctly, so she had to restart her application when she chased it up with her local préfecture after waiting for months for a response.

The deadline for UK nationals to be in possession of the carte de séjour was extended from October 1st 2021 to January 1st 2022 to allow officials time to deal with the backlog – the latest figures from September showed that 10,000 people had applied but were still waiting to receive the card.

Kerry’s case comes after our sister site The Local Spain reported on a British woman who was denied entry to Spain because her passport had not been correctly stamped on exit.

The Interior Ministry has previously confirmed to The Local that Brits living in France should not have their passports stamped, but hundreds of readers told us theirs had been stamped at the border, even when they pointed out the error to officials.

The Ministry said: “Since the effective exit of the United Kingdom from the European Union on January 1st, 2021, only British nationals who are residents of France are exempt from having their travel documents stamped when entering or leaving the Schengen area.

“Residency status is attested by the presentation of a titre de séjour or an attestation that an application for a titre de séjour has been filed with the préfecture for beneficiaries of Article 50 [the Withdrawal Agreement, which covers Brits resident in France before December 31st 2020].

“In the absence of such documents, the passport of British nationals will be systematically stamped to verify the authorised length of stay in the Schengen area for non-resident persons.

“British nationals married to a French or European national are not an exception to this rule unless they have a residence permit or an equivalent movement document.”

The Local has approached the Interior Ministry for comment about Kerry’s case.

If you’re living in France and you’re not a French citizen, there are certain scenarios in which you can be expelled from the country, and although this isn’t an everyday occurrence there are quite a wide range of offences that can see you kicked out of France.

In France, there are a few different deportation procedures for foreigners.

Expulsion – The first, which you may have heard about before, is “expulsion”, which means you must leave the country immediately.

French Interior Minister Gérald Darmanin recently made headlines after calling for the expulsion of an Imam for making anti-Semitic, homophobic and sexist comments, as well as speeches that were “contrary to the values of the Republic.”

For the average person, being expelled from France is very unlikely.

Under president Nicolas Sarkozy, a 2003 law was passed allowing for three possibilities to expel foreigners who are already “integrated” into France – if they have engaged in “behaviours likely to undermine the fundamental interests of the State; that are linked to activities of a terrorist nature; or constitute acts of incitement toward discrimination, hatred or violence because of the origin or religion of persons.”

In most cases though, “expulsion” only occurs if a person is living in France illegally (ie without a residency permit or visa) and they represent a “serious threat to public order.”

Notice to quit – The more likely scenario for the deportation of a foreigner living in France is an OQTF (Obligation de quitter le territoire français) – an obligation to leave France.

The decision is made by your préfecture. You will be formally notified, in a document which outlines which country you are to return to, as well as the time limit for when you must leave France.

You can challenge an OQTF. In most cases, the administrative court responsible for handling appeals should offer a response within six weeks.

Barred from returning – if you have committed an immigration offence such as overstaying your visa or overstaying your 90-day limit, this is often only flagged up at the border as you leave France. In this circumstance, you are liable to a fine and can also be banned from returning to France. Bans depend on your circumstance and how long you have overstayed, but can range from 90 days to 10 years.

In practice, being barred from returning is the most common scenario for people who have overstayed their visa or 90-day limit, but have not been working or claiming benefits in France.

You can be ordered to leave France within 30 days if you are in one of the following situations:

READ MORE: What happens if you overstay your 90-day limit in France?

Why might my residency permit be withdrawn or refused?

For those with a valid temporary or multi-annual residency permit, you might have your titre de séjour withdrawn in any of the following scenarios:

If you no longer meet one of the necessary conditions for obtaining the permit in the first place. Keep in mind that if you have a salarié residency permit or a passeport talent, these cannot be withdrawn if you become “involuntarily unemployed” (meaning – you do not need to worry about potentially being deported if you lose your job). The best advice for this would be to request a change of status as needed rather than staying on a permit that no longer applies to you.

If you did not fulfil all the criteria for renewing your permit – this could involve failing to appear for an appointment you have been summoned to by the préfecture.

If your permit was issued on the basis of family reunification, you could lose your titre if you have broken off your relationship with your spouse during the 3 years following the issuance of the permit. This does not apply in the case of death or spousal abuse, and there are exceptions for couples who have children settled in France.

If you have a residency card, you can also lose your right to residency if you are out of France for a period of between 10 months and two years – depending on the type of card you have. 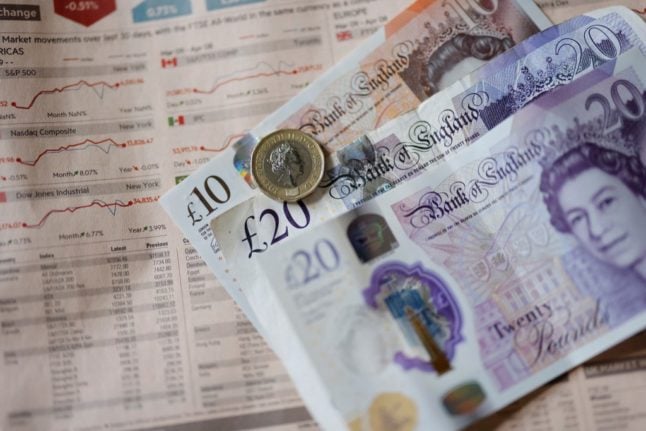 BRITS IN FRANCE
Exchange rate: What are your options if you live in France but have income in pound sterling?